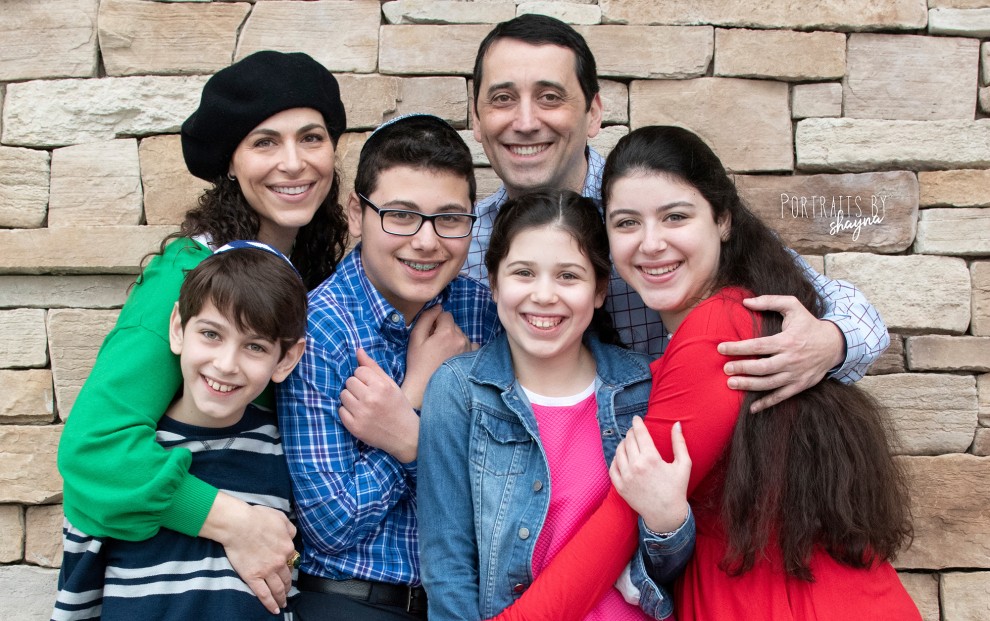 Sending four kids to sleepaway camp in the same summer is not an inexpensive endeavor, but thanks to Cincy Journeys, the Bramy family is able to do just that. Since 2014, Sharon and Eric have been sending their two oldest children to Camp Stone in Sugar Grove, Pennsylvania. Sharon said she and Eric had been looking in to Modern Orthodox camp options when people in their community told them about Cincy Journeys.

“After we were introduced to Cincy Journeys, we looked further in to it and we realized we could get some grants so we could send our kids to overnight camp.”

“That first year was a little challenging for not only our kids, but for my wife and me,” Eric said. “We had never been separated from our children, and it was an extended period of time. Going to camp for the first time always is a little difficult in terms of feeling homesick, but once they get through that first week, the first ten days, they love it, and then they can’t wait to go back next year.”

Eliana, the oldest of the Bramy children, said, “I was there for four weeks. I was really nervous at first, and I didn’t really want to go, but then I went, and it was really amazing. I made a lot of friends, and the activities were really great; I really liked it afterwards.”

Her younger brother Aviv, due to his age, was only at camp for two weeks. He said he was scared to go at first, but at the end of the two weeks, he admitted that he had a pretty good time.

Every Jewish Cincinnati child is eligible for two overnight Jewish camping grants through Cincy Journeys. “Having those grants really inspired us to send Eliana and Aviv, and once we sent them to camp, we were hooked,” Sharon said.

This is the fifth year the Bramys are sending their older children to camp, but the first year their two younger children, Eyal and Talia, will be going and taking advantage of their Cincy Journeys grants.

“I’m excited for them [younger siblings Eyal and Talia] to see camp. I’m excited to show it to them and want them to experience camp and all of the fun activities,” Eliana said. “And this year, not only is Eyal going to camp for the first time, he’ll be there for his birthday. When it’s your birthday at camp, the people who work there make you a cake and you can have it at lunch, and sometimes there’s a party with your bunk.”

Sharon said camp has helped teach their children skills they may not otherwise get in a traditional classroom.

“There’s definitely more independence, they’ve learned to rely on themselves, and they have learned some leadership skills, but one thing I love about this camp is that each year they are given more leadership opportunities. That’s the whole beauty of this camp. I definitely love that.”

It’s not only about learning independence and leadership skills. Sharon said the kids learn things at camp that bring them closer as a family.

“At camp during Shabbat, they spend a lot of time singing. So around our Shabbat table on Friday nights, the kids will break out in to song. I grew up knowing these songs, but Eric did not. I am grateful that he is now exposed to that through them, to share that experience with our family.”

If not for Cincy Journeys, Eric said they may not be able to send all four of their kids to camp at once.

“We have four children, and to have four children in a Jewish camp for a month, you could be looking at $3,000-4,5000 per child. I don’t know that we could have them all at the same time if it weren’t for Cincy Journeys. It’s a very generous grant; it’s a pretty significant amount of money. And to have that financial help, we’re very grateful to be able to enjoy it and highly recommend it to all the families considering sending their kids to Jewish camp.”

“The process is so easy,” Sharon said, “Go online, fill in some information, hit enter, and that’s it. It’s very quick and easy, and I don’t understand why anybody would not use it, because this is something not to be missed.”