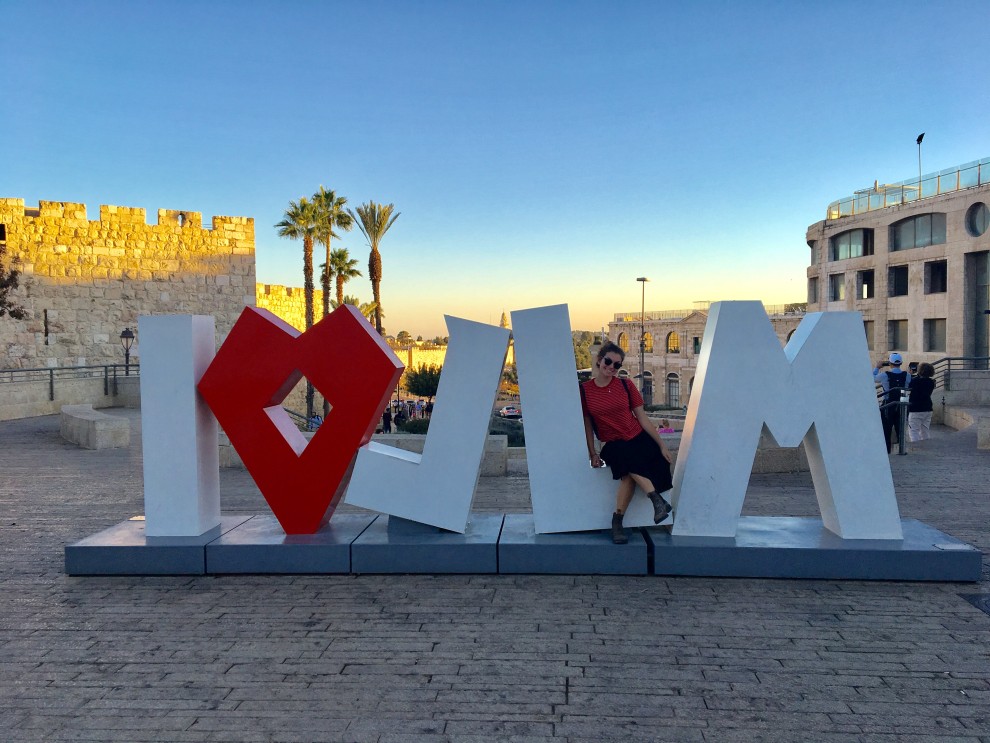 “I knew I wanted to live there. It was love at first sight!”

That’s how 18-year-old Jamie Meschoulam remembers her first experience visiting Israel. It was when she was 16, between her sophomore and junior years in high school. She used her high school Cincy Journeys travel grant of $6,500 to visit Israel and Europe for three weeks, and she said the experience was life-changing.

I was raised Jewish, but I wasn’t really in to it. It’s not like Judaism was forced on me, that’s the wrong way of looking at it, but it was more of a chore than something I was looking forward to. Cincinnati has a fairly tight knit Jewish community, but I grew up about ten minutes outside of what is called the “Jew Bubble” in Cincinnati. My siblings and I were the only Jewish kids at school. It was very isolating growing up.

Jamie said the feelings of isolation and of viewing Judaism as a chore changed once she set foot in Israel.

I know it sounds really cheesy and hokey, but it’s true. It changed everything for me. The feeling of community in Israel – most everyone was Jewish and had this common bond. It made me feel proud and happy of where I came from, instead of something that was part of me, but not really relevant because of where I grew up. Being in the majority made a difference. You didn’t have to explain yourself.

Jamie has studied ballet since she was three years old, and was looking for internship opportunities after she graduated from high school. That’s when a friend recommended a gap year program that would allow her to pursue her interest in dance while living in Israel. “I applied to the program, and I sent them all of my audition videos. They accepted my application and contacted the Israel Ballet for me and helped set up an internship.” 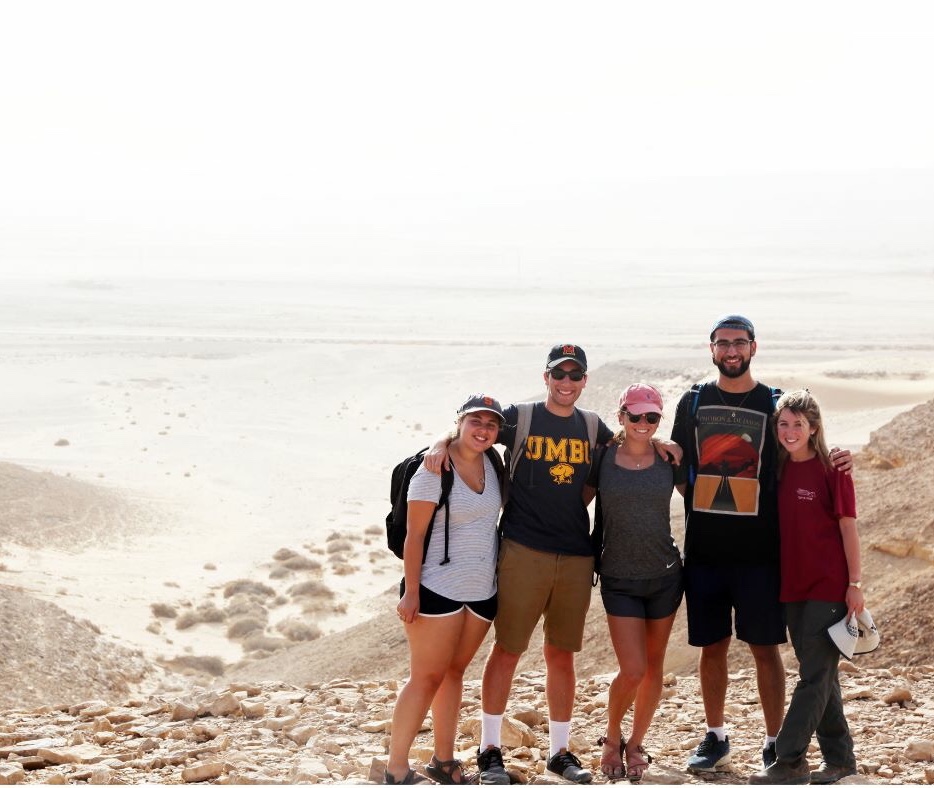 Jamie was able to coordinate with the Jewish Federation of Cincinnati, the administrators of the Cincy Journeys program, to use her second grant of $5,000 to help pay for the four-and-a-half-month trip through Aardvark Israel.

“What I really like about it compared to other gap year programs is it’s very unstructured, and it’s more like guided living than a traditional gap year program.” She had some basic conversational Hebrew going in to her trip, but the total emersion of the trip really helped her build her Hebrew skills. “By the end of it I could hold a conversation and get my way around with my Hebrew, which was the coolest thing because I feel like that’s one thing that marks you as a local instead of a tourist.”

Jamie said another benefit of the trip was the travel within the region, “Once you’re in Israel, you can visit other parts of the region. I lived in Tel Aviv, but my roommate and I visited Jordan and other areas on the weekends. It’s kind of like a launching pad for other travel once you get there.” 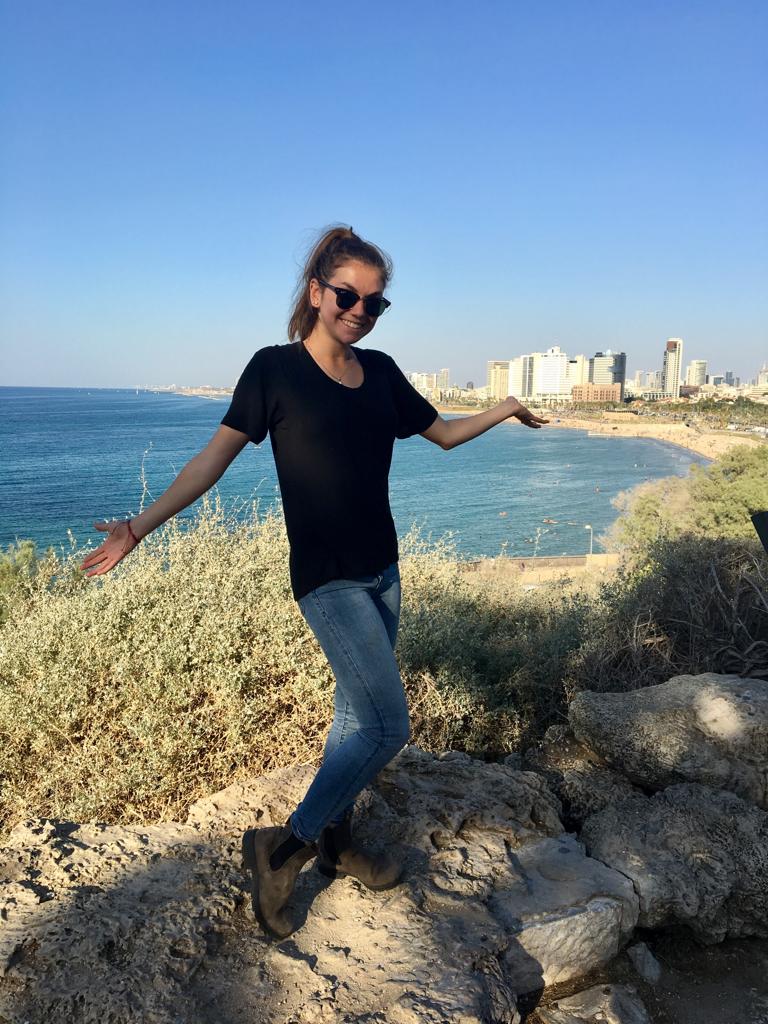 This trip helped solidify Jamie’s Judaism in ways she never would have imagined. “The Shabbat experience, for example. That’s one thing that’s hard to keep here in the States because life goes on still. In Israel the whole country essentially shuts down for a little bit to rest and take a break. You’re forced to kind of slow down, and you can use that day to relax and catch up with friends.”

While she was in Israel, something unimaginable happened back in the United States. Eleven people were killed, and another seven were injured when a man walked in to the Tree of Life synagogue during Shabbat morning services and began shooting.

“I was in shock. Pittsburgh is just hours from my home and where I attend Saturday services. That could have happened to me. Instead, I was six-thousand miles away in Israel.”

Jamie said she never felt unsafe while in Israel. “Part of the reason is because everybody is trained. All of the kids have to go through military training, so even if you’re on a bus, you know most everyone on there would know what to do in case of an emergency.”

“My mom was really scared for my safety in Israel, but then she came to visit, and one of the first things she said was that she had never felt so safe.”

A few days after the shooting, Jamie attended a vigil for the victims held in Rabin Square. Eleven candles were lit for the eleven people who lost their lives. The historical significance of their location was not lost on Jamie, “Just a few decades earlier, Israel’s Prime Minister Yitzhak Rabin was murdered in Rabin Square by a fellow Jew because of his political beliefs. To see Jews standing hand-in-hand singing the Mourner’s Kaddish and remembering those who passed, it was a beautiful sight. As the sun set, the candles continued to burn bright. This is how I view Israel – a place of hope.”

Jamie is the oldest of four siblings, all of whom are eligible for Cincy Journeys travel grants. She said she hopes their trips to Israel inspire her brothers and sister in the same way it inspired her. “In fact, my sister is doing the same Aardvark Israel program I did, starting in September, because of how good my experience was.”

She also said that having the grant relieves some of the financial pressures of the trip for both she and her family. Jamie said having the grant, which is funded by The Jewish Foundation of Cincinnati, allowed her to really appreciate her time there, knowing it is an opportunity not afforded to everyone. “I have a friend who just graduated high school and never used her grant, and I said, ‘why did you waste $6,500? That was for you!’ Even if the only reason someone goes is because they have access to the grant, that’s still a step in the right direction. Maybe it will spur them on to a path that they didn’t even know they wanted to be on.”

As for Jamie, that path includes some kind of life in Israel. “After I retire from dancing, I can see myself working for the Jewish Federation or some sort of American-Israeli company, or making Aliyah, so Israel is a huge part of my life.” For now, Jamie will be moving to Spain where she has accepted a contract with the ballet company Ballet de Catalunya, “and one of the first things I did was look up Jewish community centers, and there are three in the entire region. It’ll be very different from Israel. Not in a bad way, just different.”