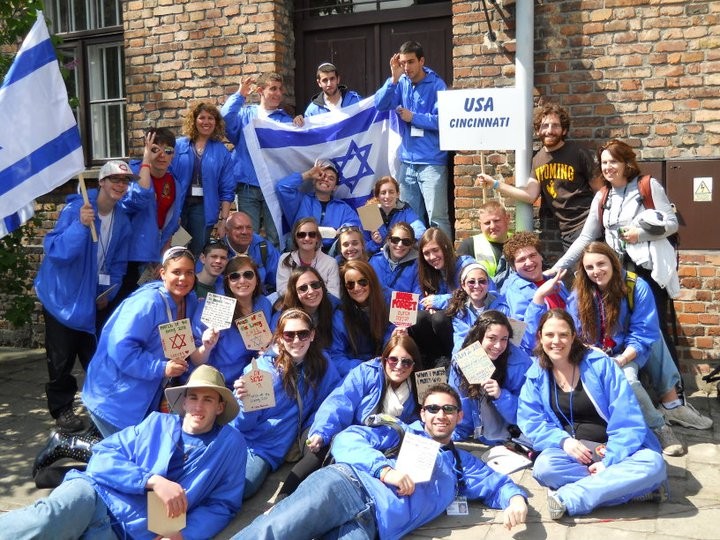 Fade in from black: It’s a rainy spring day in Poland, and the year is 2011. We see a crowd of 10,000-plus people, from all over the world, marching along a wide and lengthy road. They are carrying signs, banners, flags, and the weight of a peaceful future on their shoulders. Some signs say “Never Again.” This particular road stretches between former death camps Auschwitz and Birkenau.

It took a catalyst to bring me from Point A to Point B, essentially putting me in the middle of such grand, historic moments. That catalyst was the Israel Grant trip that I embarked on in my senior year of high school.

Flashback: it’s spring 2011. There I was, an 18-year-old Jewish high school student at Lakota, winding down the final days of my senior year. I was anxious to find out my purpose in life, and hungry to explore the world. One night, at a dinner get-together, a family friend asked me if I’d ever heard of March of the Living. She explained that it was a one-week trip through Poland exploring the Holocaust and the history of Jews in Europe, followed by one week in Israel, exploring the nation that arose from the need for a sense of safety and belonging for the Jewish people.

She told me, “You can get a grant from The Jewish Foundation of Cincinnati and the trip will be covered!”

I took two weeks off of school and embarked on what was for sure one of the most impactful experiences of my life. Learning about the horrors of the Holocaust growing up, and then witnessing with my own five senses the details I had always read about, struck a deep cord of empathy in my heart. At the same time, I was struck with a strong sense of conviction and motivation; I traveled the same path many Holocaust survivors had journeyed (through Poland and then finally, Israel). I witnessed firsthand how far the Jewish people have come since such a sinister tragedy. The trip all in all was a colorful experience of emotions and enlightenments, and far too dense for me to chronicle here in this article. I touched the blue-stained walls of the gas chambers in Majdanek, a permanent reminder of the Zyclon B’s wicked usage, and I gazed at the clear blue sky at Masada, a permanent reminder of the Jewish people’s resilience and perseverance in the land of Israel.

But the biggest take away from the trip, I can honestly say, is that I was feeling the concept of “Never Again.” And I was feeling it hard.

Fast forward to the present day:

It’s been a little over three years since I moved to NYC to use my filmmaking skills to expose and work against the genocide and brutal persecution of Falun Dafa practitioners in China. Upon hearing of this grave yet widely unknown atrocity, my “Never Again” instinct flashed wildly. I felt obligated as a Jew to take action, and through this lens of moral obligation I summoned the courage to pick up and move to the Big Apple. My life since has been a dynamic and incredible journey, constantly working to help the people of the world, while discovering myself with the confidence that I can overcome any obstacle thrown my way.

Had I not used my Israel grant to experience March of the Living during my senior year of high school, I can honestly say that I wouldn’t be where I am today. I want to encourage my fellow Jews out there to take advantage of your opportunities, explore the world and yourselves, and strive forward with great courage and confidence!