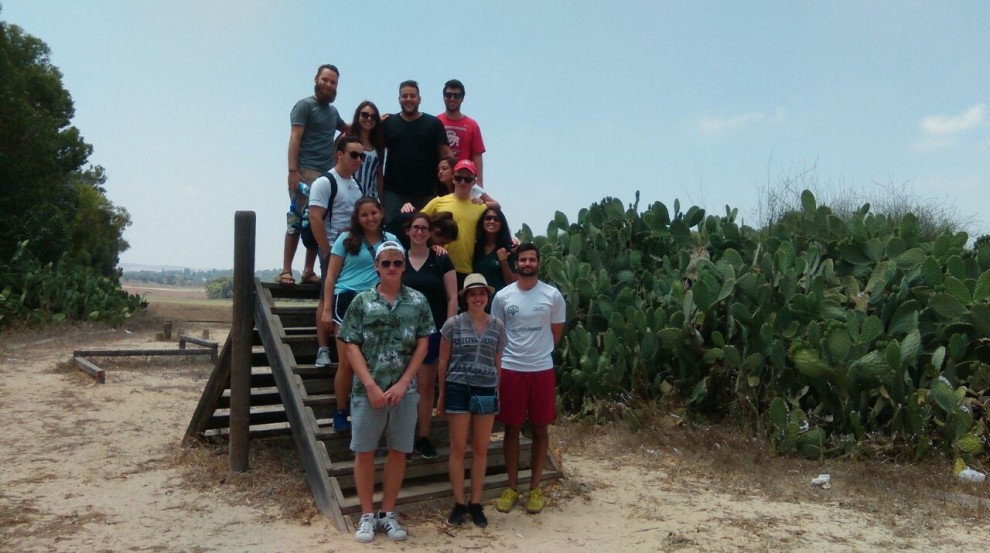 Mason High School graduate Josh Greenfield and Kings High School graduate Matt Liebowitz were part of a group of 14 college students from across the greater Cincinnati area who took part in Onward Israel, a program that places Jewish students in internships in their chosen fields of study in Tel Aviv.

“It has always been my dream to live in another country for a period of time, and Onward has made that dream come true,” said Greenfield, a rising senior at the Ohio State University majoring in finance. “It is a vastly different experience than the one I had the first time I came to Israel back in high school. I got to actually live among the people and absorb the culture that pours out of every building and alley. This country is a beautiful and magical place, and everyone, whether Jewish or not, should have the opportunity to explore these rich and historical lands.”

Students interned four days a week and immersed themselves in Israeli society one day a week. They also participated in a weekend retreat in Cincinnati’s sister city, Netanya, as well as one weekend with Jewish peers from across the globe.

While in Tel Aviv, Greenfield worked for an internet startup, Viewly Media Ltd., as a business development intern.

“Viewly is a media agency that provides marketing, fundraising, management and analytical services for social campaigns all over the world,” said Greenfield, who was involved in market research, developing business plans for campaigns and creation of a charity database and survey.

During his two month internship, he worked in the planning and strategy division doing market research for current and future campaigns, as well as learning about social media, photography, and creative content.

“Great is an interesting company, because, although it is relatively small — about 30 people, they are a big player among the Israeli advertising firms,” Liebowitz said. “The company was founded back in 2003 as a part of a network of advertising agencies under the umbrella company Grey Interactive. Then in 2010, the founder along with four senior partners from Israel’s digital industry broke off and formed Great Digital Partners. For such a small company, they boast some pretty large clients, such as Nike, Axe, Magnum Ice Cream, Unilever, Air Canada, Lufthansa, Klik and many more.”

The team of interns lived in the North Dizengoff neighborhood, about a two-minute walk from the beach. When they weren’t working, they spent time relaxing at the beach or the port, enjoying the nightlife and exploring Tel Aviv.

“I don’t understand how I lived without shawarma, hummus and shakshuka at home,” Liebowitz said. “Tel Aviv is an incredible city, and I am very grateful for the opportunity to come experience what it’s like to live here.”