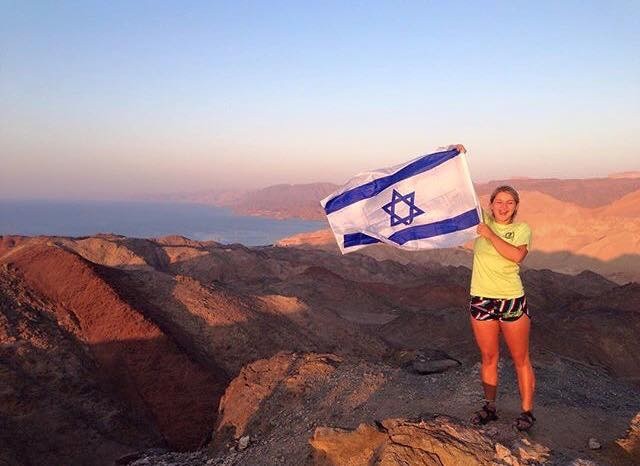 You would think that a single mom of four who put herself through college and runs her own business would have very little time to invest in her Jewish identity.

But for northern Kentucky resident Jen Pilott, rediscovering her Jewish roots made everything else possible.

“My brother died when I was eight. I took care of my mom when she had cancer in 2001, and she died that year. That same year, I went to Florida to take care of my dad, and he died the following year. Then two years later, my husband passed away in his sleep,” Pilott says. “I finally got my life back on track, and just working so hard with school and work and kids—I felt like something was missing.”

As it often does, inspiration came in an unusual package. A not-so-subtle nudge from an Israeli pen pal Pilott met through an online dating service helped her find her way.

“I would talk about how I wanted to learn more and be more involved. And he made me cry, because he made me feel like I’d abandoned my faith— but I think he was just testing me.”

Her hunch was confirmed when a Kollel rabbi in Cincinnati called her out of the blue. In true Israeli fashion, her pen pal had assisted in making the connection.

“The rabbi called and told me that he’d gotten a call from my pen pal, saying that I wanted to learn more about my Jewish heritage. The rabbi invited me over for dinner, and it just went from there,” Pilott said.

Pilott recalls being “passed around the neighborhood” for Shabbat dinners and to learn more about Cincinnati’s Jewish organizations and agencies.

“That’s how I learned about Sarah’s Place,” she said. The Cincinnati organization offers Jewish learning opportunities for women, including trips to Israel.

“My grandmother had gone and I’ve always wanted to go—but supporting four kids by myself? I never thought it would be possible. And when they told me there was a possibility, I was ecstatic,” Pilott says. “They were so accommodating with what I could afford and I was able to go.”

Experiencing Israel was like an unexpected homecoming for Pilott, complete with all of the accompanying emotions.

“I cried half the time I was in Israel, it was so emotional. I felt like I was growing and learning so much that I was on overload. And I just felt like I belonged. I felt like that was the piece that was missing.”

A similar Jewish awakening was in store for Pilott’s 17-year-old daughter, Britain. But, as was the case for Pilott, the inspiration behind it came through a strange set of circumstances.

On her last day in Israel, Pilott slipped and broke her leg. When she got home, one of the Kollel rabbis coordinated a few families to bring meals to Pilott and her family. Leora Balk brought over plenty of soup, and a heavy helping of enthusiasm about NCSY (National Conference of Synagogue Youth), for which she’s an advisor. Balk instantly bonded with Pilott’s daughter, Britain.

“Britain was in love. Britain has always been a perfect student and a perfect athlete. But at home, she would act up. She was missing something. She needed a bigger purpose.”

Britain and her older sister, Dalton, went on an NCSY Torah study trip to New York that December. Britain returned the next year, and the following summer, she went on a teen trip to Israel, using a Cincy Journeys High School Israel Travel Grant. Some of the friends she made while she was in Israel attended Columbus Torah Academy, and Britain returned home on a mission to transfer there. Now, she lives with a boarding family in Columbus and attends school at Columbus Torah Academy full time. 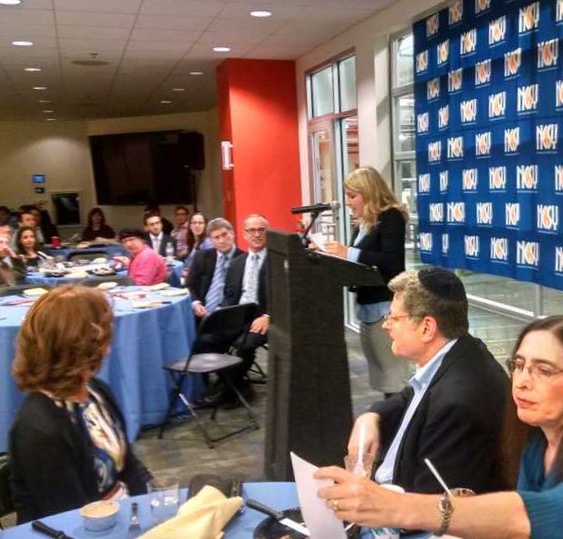 “She has blossomed. She has blossomed like no other. I am so proud of her,” Pilott said. “And watching her grow like that, even though she’s far away from me, it’s okay because I know that it’s all positive. And I see how happy she truly is. It’s not a superficial happy anymore, she’s really happy.”

While Britain was in Israel, Pilott’s two youngest children, 11-year-old Victor and 9-year-old Alaina, were learning more about their Jewish heritage at Camp Nageela, thanks to two Cincy Journeys Overnight Jewish Camping Grants. 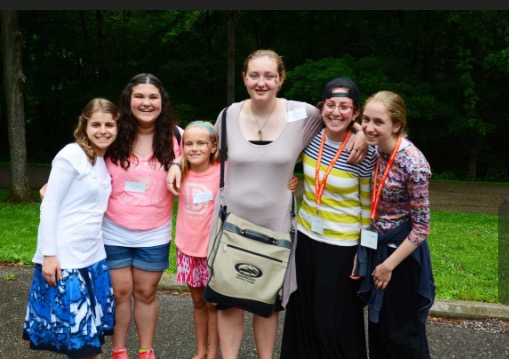 “I can’t put into words the impact that all of the grants we’ve received have had on our family,” Pilott said. “I kind of felt before that we didn’t fit anywhere. It was this tragic feeling. Now, I feel like we’re part of a community instead of being on our own. And I’m not just talking about the community here. It’s global.”

There’s still room to grow, Pilott admits. “I would love to get to a point where I don’t have to work on the weekends, where I can observe Shabbat with Britain. And I’d love to move closer to a shul,” she said.

But she can’t help but marvel at how far she’s come.

“I’ve always wanted a bigger family and friends who share the same morals and beliefs. Feeling like an outsider had become too much to bear at times. Now I have this huge family and this huge network,” she said.