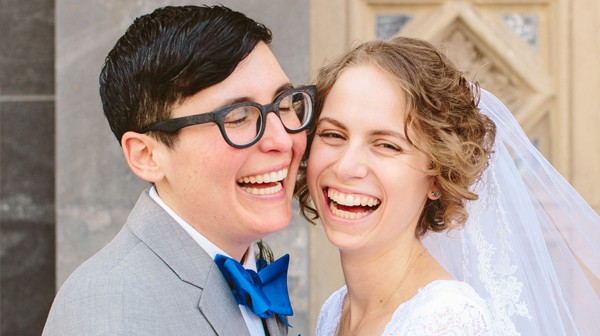 Article originally published by the Jewish Federations of North America

Jessica was in search of something. Just what that was, she wasn’t sure. She was comfortable in her queer identity but didn't know how Judaism played into it. And while she didn’t grow up religious, a Federation-supported post-college Taglit-Birthright Israel trip woke up something Jewish inside her she hadn’t known was there.

Emet grew up culturally Jewish, but was also searching for something more. She came out during college and went on Birthright shortly afterwards. “This was in the early days before special trips for LGBTQ people,” she says. “So I didn’t know anyone else who shared my experience. Birthright changed my life, but I didn’t do anything with it.” She thought learning Hebrew would help her learn more about Judaism, so she returned to Israel to study. 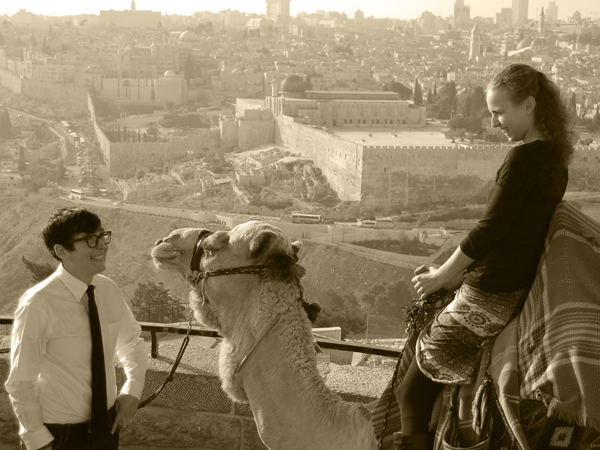 With a grant from Masa Israel Journey, a long-term Israel immersion program of Federation partner The Jewish Agency for Israel and the Israeli government, Jessica enrolled in the Yahel Israel Social Change program in Gedera, a small town near Rehovot. Once she decided to stay in Israel and study at the Pardes Institute of Jewish Studies, a non-denominational, co-ed school of Jewish learning in Jerusalem, she ventured to a gathering of queer Jewish women. There, she saw Emet.

Jessica had never met anyone like her before, “Her smile, her confidence…she was just so interesting to me!” she says. She soon convinced Emet to join her at Pardes.

That was in May; by October, Jessica and Emet were engaged.

A Power Couple for a New Generation
Their Israel experience taught the new couple it was possible to build a Jewish community where they felt “acknowledged and welcomed as religious liberal queers,” as Jessica puts it. She and Emet returned to the U.S. and got married in a joyful ceremony, intent on building that kind of community in their new home.

They helped organize independent prayer services, drawing other young Jews into Jewish practice. They made their apartment a hub for Jewish life and fun events through Federation-supported young adult-centered programs like Moishe House Without Walls.

Though Jessica and Emet had to move to a new and very different community, they are committed to creating that same cozy, welcoming place for other young Jews. “We want to lend out experience as outsiders to help bring others in and create a more welcoming community,” Emet says.

And in this new challenge, too, they know Federation will be there to support their efforts. “Everyone says our relationship is truly meant to be,” Jessica says. “Without Federation, how else could two queer religious people find each other in Jerusalem?”