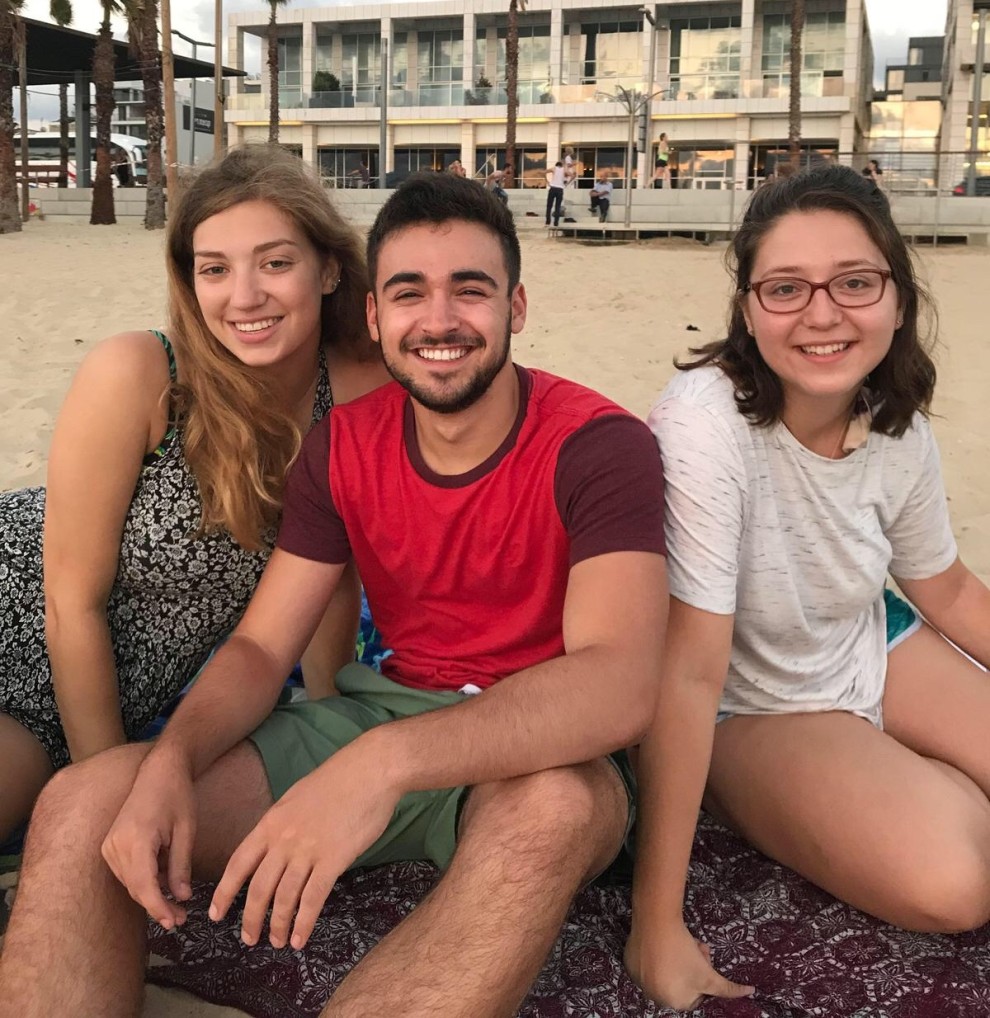 As usual, this week’s blog post is going to start with a few more internship spotlights! 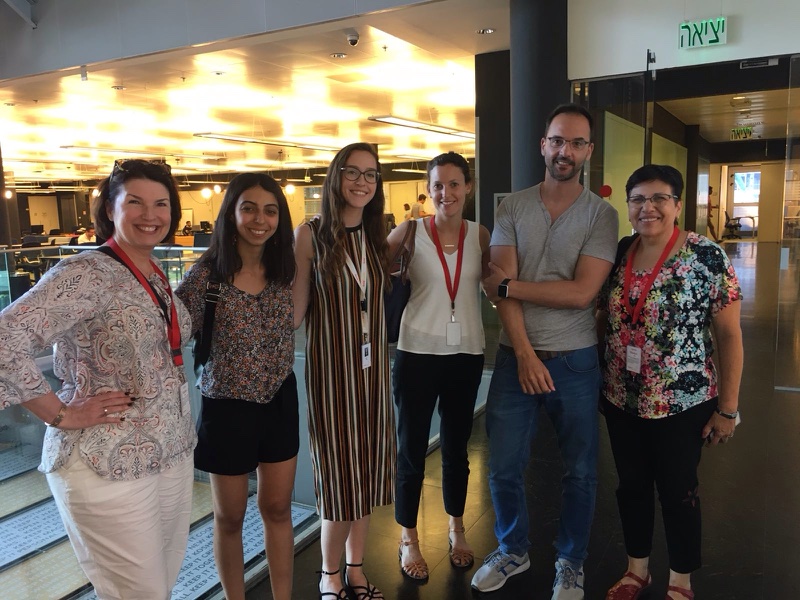 Isabel Boyle, better known to the group as Ibby, is a soon to be senior at the University of Cincinnati. She is interning at the Cory Group this summer in Tel Aviv. The Cory Group helps people to launch and advertise their Kickstarter and Indiegogo campaigns. At her internship she helps with content creation, script writing, press outreach, etc. Isabel said this basically mimics the creation of a new brand and is helping to teach her vital marketing skills. Isabel’s internship is very dynamic, and she gets to work on new projects every day! 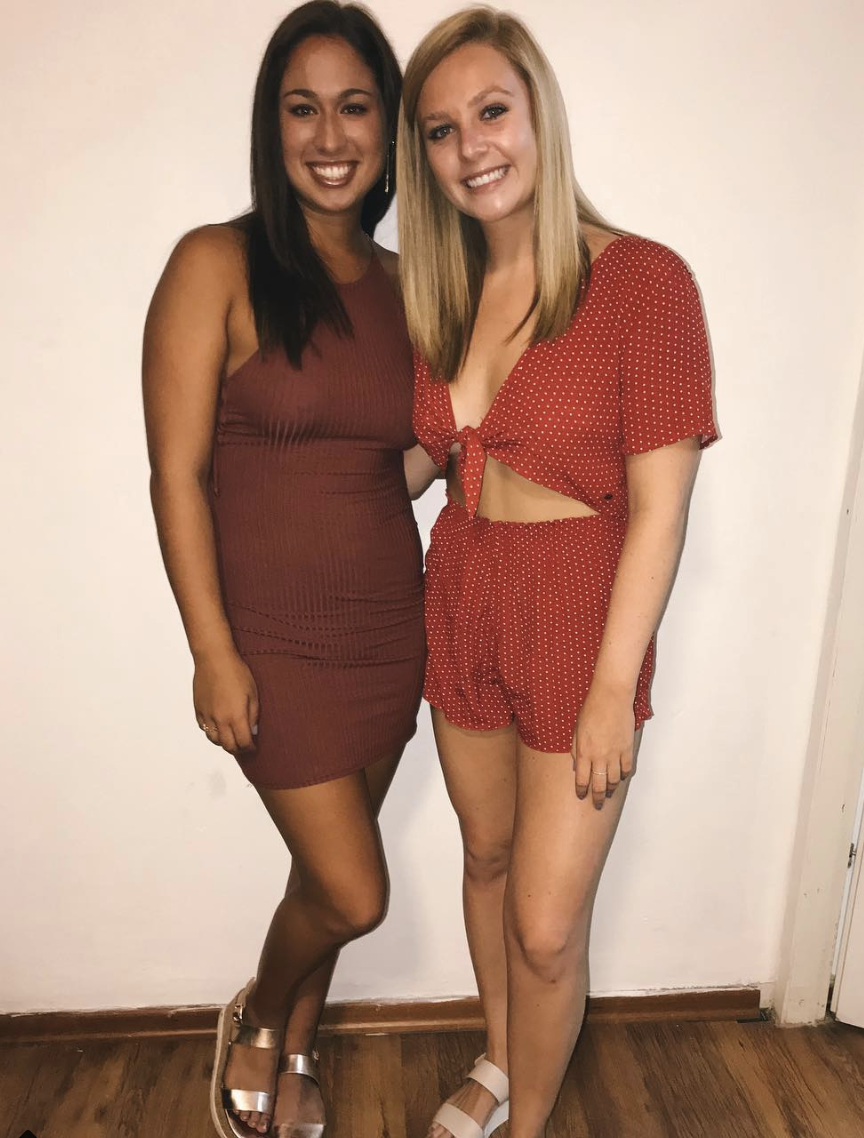 Sophie Greenberg (left) and Maddi Wieler (right) getting ready for dinner with the group.

Sophie Greenberg will begin her senior year at Miami University this fall. She spent her last semester studying abroad all over Asia and is continuing her world travels by interning in Tel Aviv this summer. Sophie works at the Manna Center Program for Food Safety and Security as their marketing and research intern. Her main tasks at her internship involve helping out with their summer institute, which is a program for international students that are learning about food safety and security.

Maddi Wieler is also a senior who attends The Ohio State University. Similar to Sophie, Maddi spent the last semester studying abroad, but in Europe! Here in Tel Aviv, Maddi is interning for a company called TAU Innovations. Each year Tau puts on the biggest conference in Israel with over 6,000 people and 70 startups competing for a grand prize. Maddi’s jobs at TAU include assisting business development and marketing for the conference. Maddi is really enjoying her time at TAU and said she has learned many new things there so far!

If you’ve been keeping up with my blog posts then you know the Onward Cincinnati group is about halfway done with our internship time in Israel. Our summer here has been flying by and we are enjoying every minute of it! This week was especially packed with some fun trips and excursions.

On Tuesday morning, we left our apartment and headed to Jerusalem for the day. We met at a beautiful overlook with a view of the city, ready to explore. Onward had set up a tour for us where we heard and learned about the different quarters of the city and the people who lived there. Our tour was led by a company called 0202, who had a few speakers that explained what it was like living in their various sections of Jerusalem. After our tour we took the bus to a park where we sat and had lunch together. 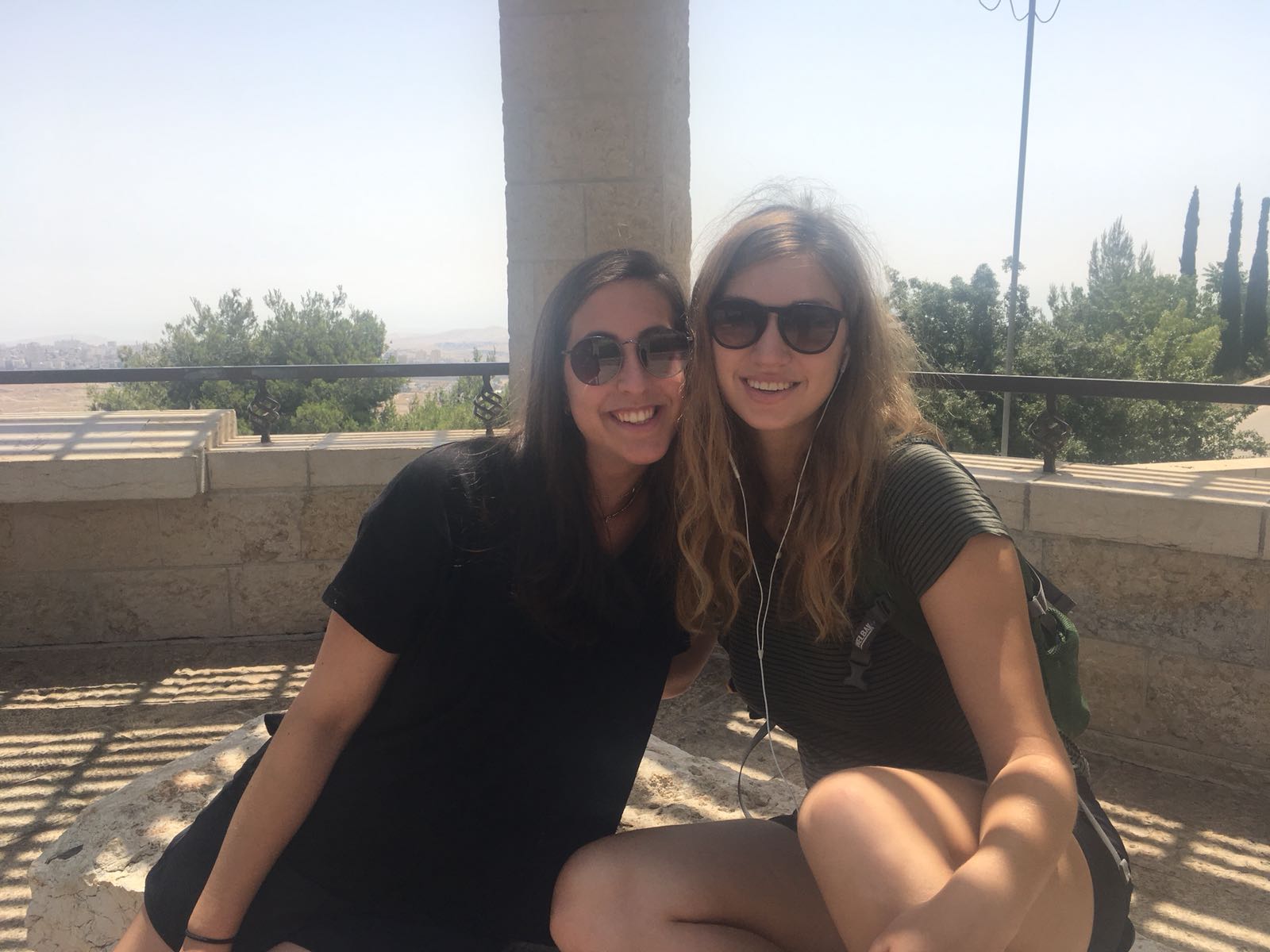 Sami Abel (left) and Olivia Wolf (right) relaxing at an overlook in Jerusalem.

Once lunch was over we walked down a few streets to go hear from another speaker. Our speaker this time was a man who told us what it was like to identify as both orthodox and gay. During his speech we learned about his personal story and how he decided to come out to his loved ones. He told us that while he had some hard times, ultimately his family ended up being very supportive of him and his decisions. He told us he now lives in Jerusalem with his husband and works with other orthodox gay young men to help them with various aspects of their lives. The company he works with also creates a space for these men to hang out and be themselves. We finished our Jerusalem trip by visiting the Mahane Yehuda Market, to shop around and eat all the foods it had to offer. 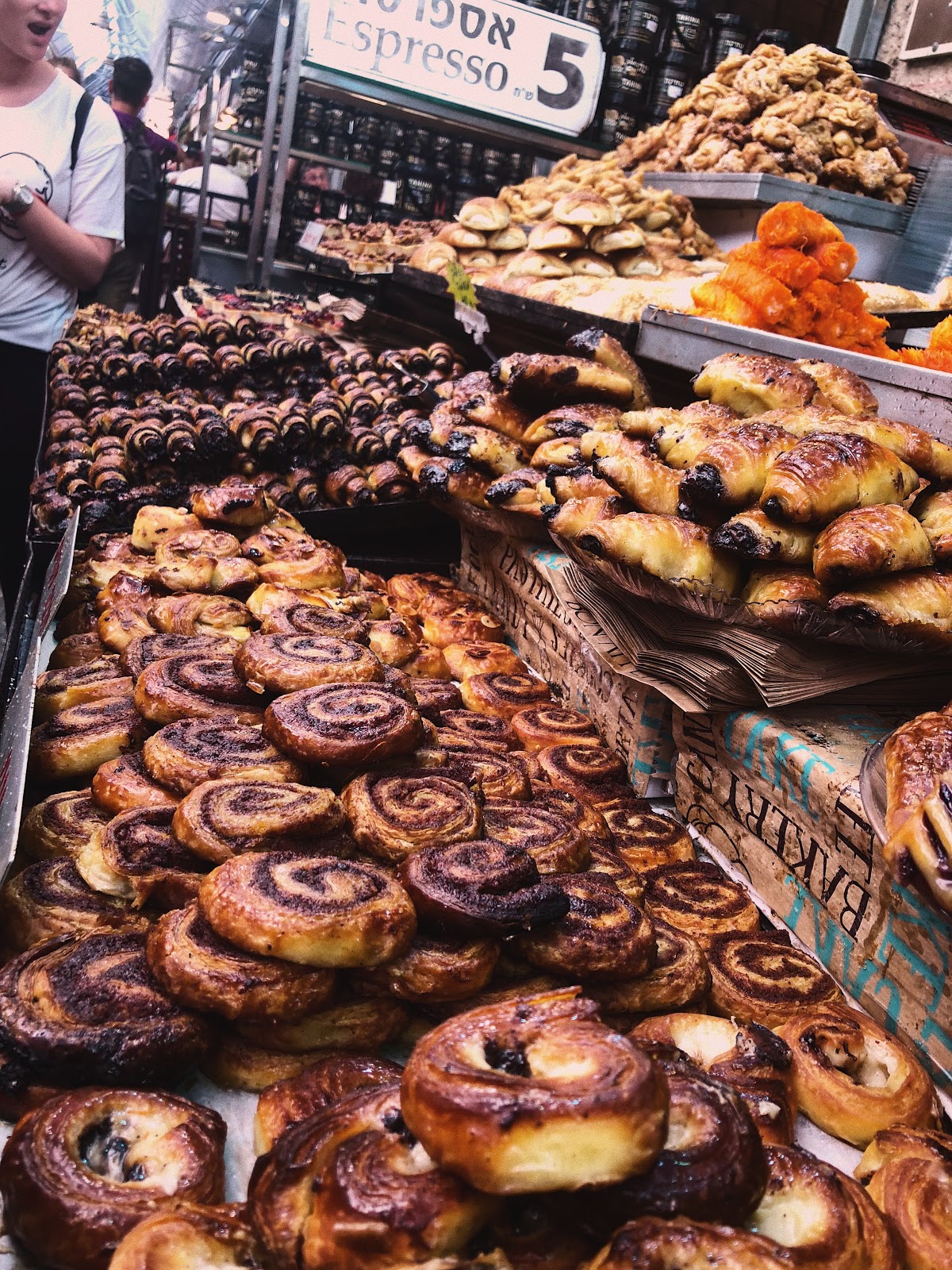 Some of the sweets and treats offered at the Mehane Yehuda Market.

The rest of the week we all went back to our internships and completed our work there. It was the Fourth of July and American Independence Day this past week but in Israel it’s obviously not celebrated by anyone but Americans. We ended the week with a trip on Friday morning to Netanya.

Netanya is a beach city just about a thirty-minute drive away from Tel Aviv. Netanya is also Cincinnati’s partnership city! When we arrived in Netanya we were welcomed at a community center by members of the Cincinnati Netanya Federation and students from Netanya. The students were about 14-15 years old and we got to have breakfast with them. During the breakfast we got to chat and get to know the students better. We heard about their daily lives and discovered cultural differences between growing up in the states and growing up in Israel. The students told us about a camp in London they are all attending in a few weeks, along with Jewish teens from across Europe. 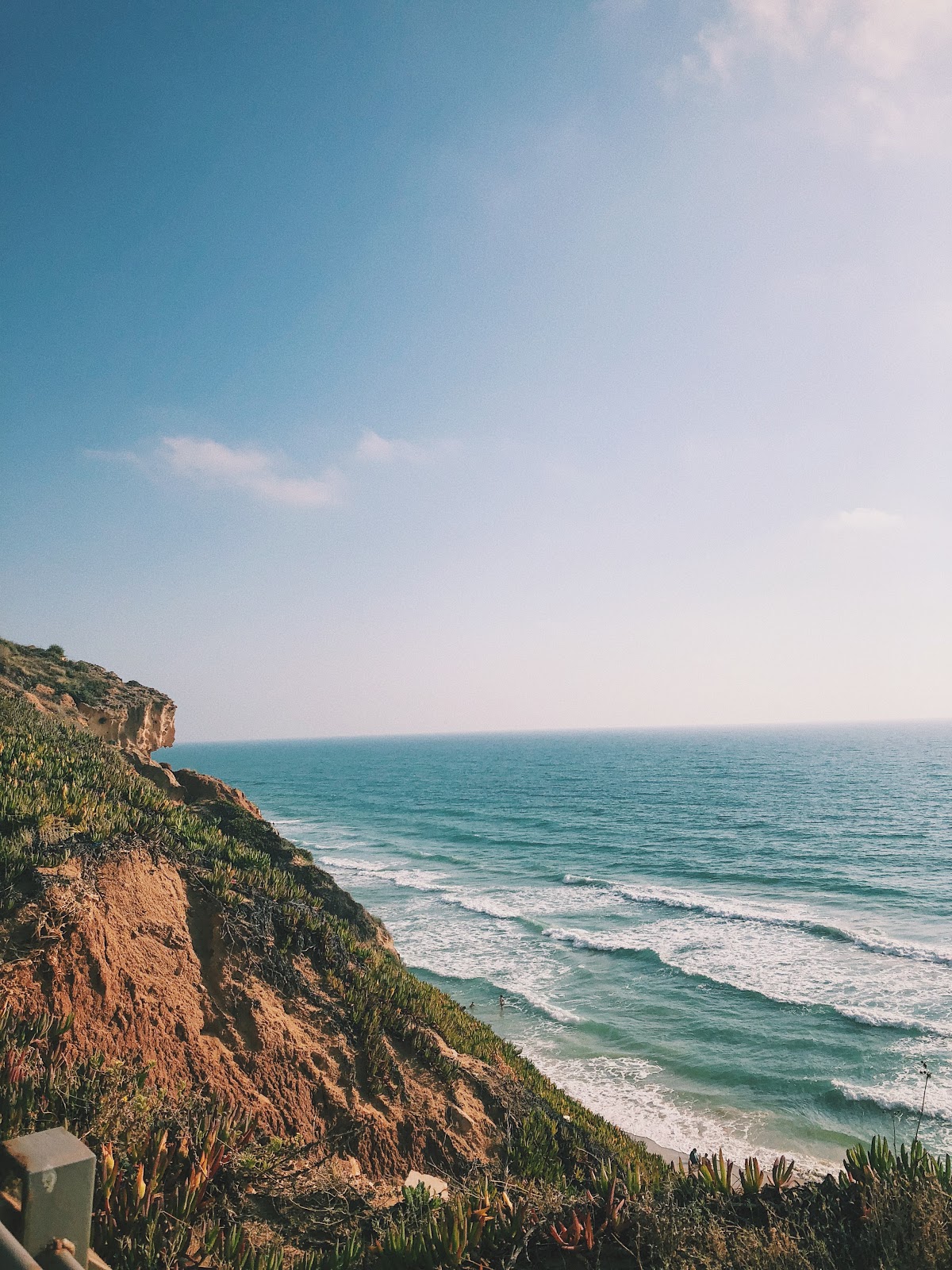 The beaches of Netanya

Once we had finished our activity and breakfast with the group of teens, we met our host families. Each of us, some in pairs, stayed with a host family in Netanya instead of at a hotel. This way the group got to learn more about what it was like to actually live in a different city in Israel instead of just to visit. Many of us had a chance to see the mall there, which is giant and a lot different than the ones we’re used to in the states. We also spent some time on the beaches of Netanya with our hosts families. Some families, like the one I stayed with, observed Shabbat and went to synagogue on Friday night. For those of us whose families did observe Shabbat, we stayed off our phones and other electronics and just spent time with the families. I personally thought that it was really nice to disconnect, as it allowed us to really get to know our families and enjoy our time with them. Some members of the group watched world cup games with their host family, and bonded over their love of soccer, or football as it’s referred to here. We really enjoyed our time in Netanya and getting to know the people there. On Saturday night we returned to Tel Aviv to begin another fun week at work! Look out for the post next week to hear about it! -Mason