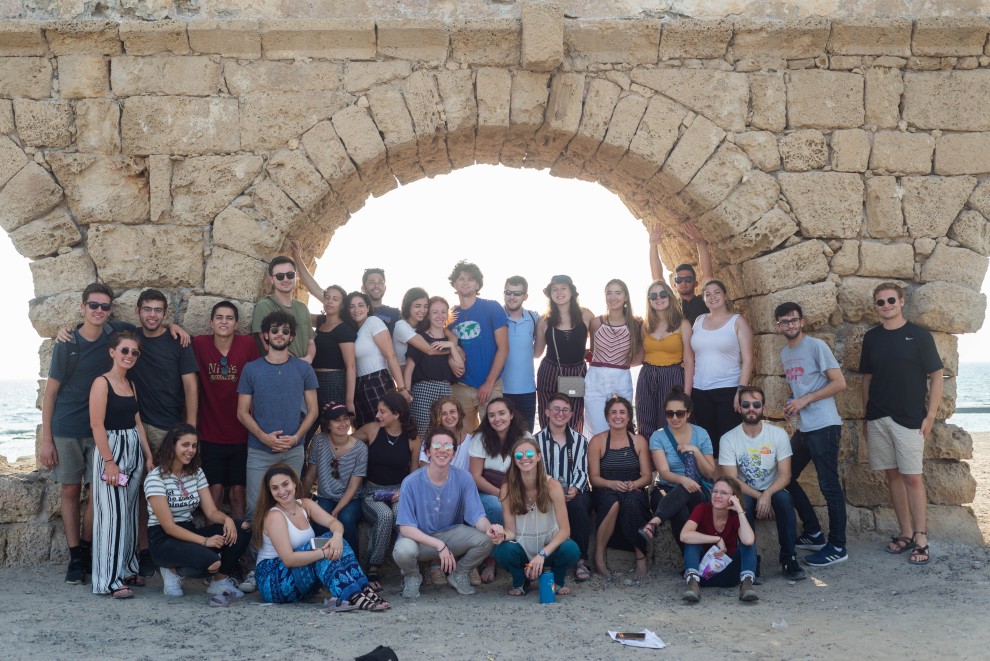 Somehow, some way, there are just three short weeks left in Onward Cincinnati’s time in Israel. It’s absurd to think about how much we’ve accomplished in the last month and how much we are yet to do.

This past week was very relaxed. We had a four-day week at work because of our trip to Jerusalem the previous Sunday, Fourth of July took place, a few people had Shabbaton trips, we all had a “day off” Sunday and then we had a group activity at BINA Monday night.

It’s not like large groups of people were actively celebrating USA’s Independence Day in Tel Aviv, but there were themed parties at a handful of bars and clubs that a lot of Onward kids ended up going to. Perhaps the sweetest part of the holiday weekend came Sunday when the United States Women’s National Soccer Team edged out the Netherlands to win the World Cup. Cincinnati’s own Rose LaVelle scored the second goal in the 2-0 US win.

Sunday’s day off meant an extended weekend, which some of us used differently. I went to a board game bar and played basketball and frisbee at a complex in northern Tel Aviv. Some people traveled the country to visit with friends and family. A lot of us have been going to the beach as much as we can lately because more and more jellyfish are starting to infest the waters.

Monday after work, we met Eden at 6 for a lecture/discussion with BINA staff member Elliot Vaisrub Glassenberg. Elliot, a native of Chicago, graduated with degrees from McGill University in Canada and the Jewish Theological Seminary in New York before moving to Israel to join BINA’s Tikkun Olam program. Elliot is very involved in the Neve Tzedek Masorti congregation, the LGBT Community Center and Right Now: Advocates for Asylum Seekers.

Elliot ran us through an in-depth powerpoint which overlooked Israel’s relationship with refugees, predominantly from Eritrea, Sudan and other African countries. We examined the proximity of Eritrea and Sudan to Israel, the common injustices that lead these people to become refugees, how they got to Israel and how they play into the country’s culture. To wrap up the session we examined various quotes and stances about refugees and discussed policy differences between the US and Israel.

Next week we’ll have our final round of Shabbaton trips and our last Israel Now Day when we head to the south region. Signing off, Will Coleman.

Michelle works as an intern at Terem Public Health, a doctor’s clinic that serves refugees without health insurance in south Tel Aviv. Michelle shadows doctors and can be of assistance when it comes to translating Russian. A typical day consists of organizing patient profile data and filling out forms, but Michelle and the other interns will construct a survey for patients by the end of the summer. Given that her workspace is a health clinic combined with an ER, Michelle describes it as hectic but laid back. Michelle has been learning how to efficiently sort through data and communicate with patients and co-workers.

“Living in Tel Aviv is awesome. There is so much to do and I always feel like I’m busy.” 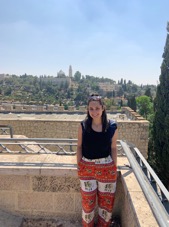 Annie works at Tau Innovations as a graphic design intern. Later this month, Tau Innovations is hosting the largest startup competition in Israel. A lot of Annie’s work has been in preparation for the event: She reaches out to startup founders and employees through Linkedin and other platforms, informs them of the competition and interviews them upon acceptance. Annie’s work environment is relaxed, working with another intern, a co-worker and their boss. She hopes her work experience amounts to better communication skills and some learned Hebrew.

“Whether you want to just relax at the beach, try a new restaurant or just explore the city, there’s always something to do. I love the fact that I am a “local” and I get to really experience the culture.” 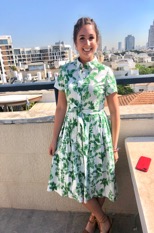