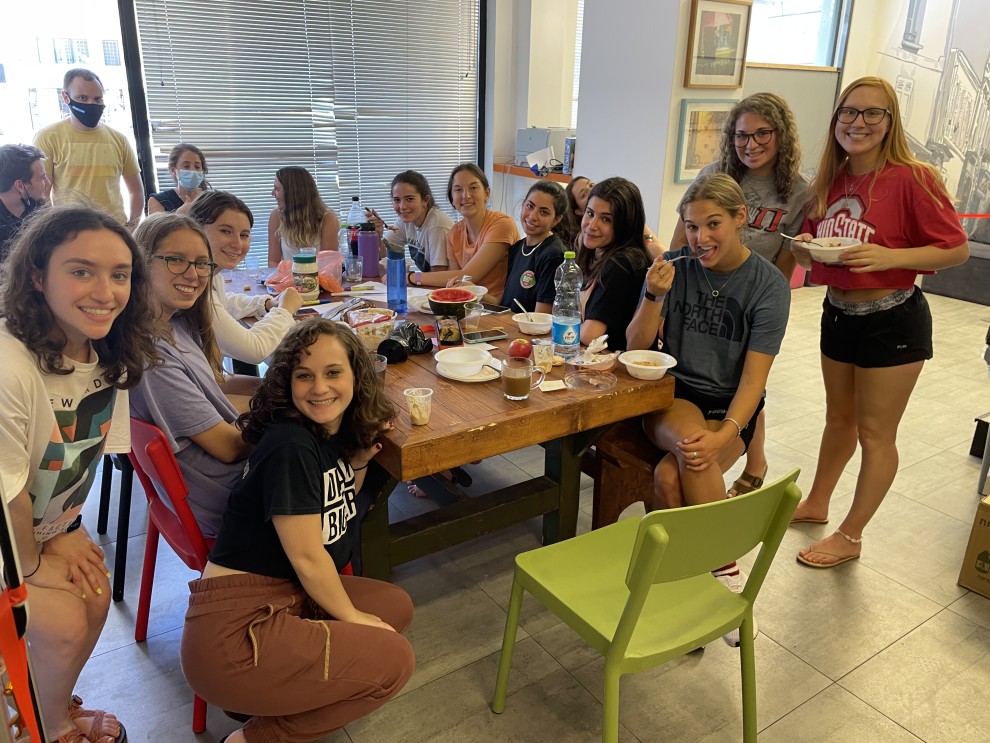 Week two flew by faster than any of us could have ever anticipated! Overall, it was marked in the books as an overwhelming success for the simple reasons that none of us:

I’d like to take a moment to toot my own horn because though I’m pasty as ever, maybe even see through, the Israeli sun hasn’t tainted me ruby red… yet. 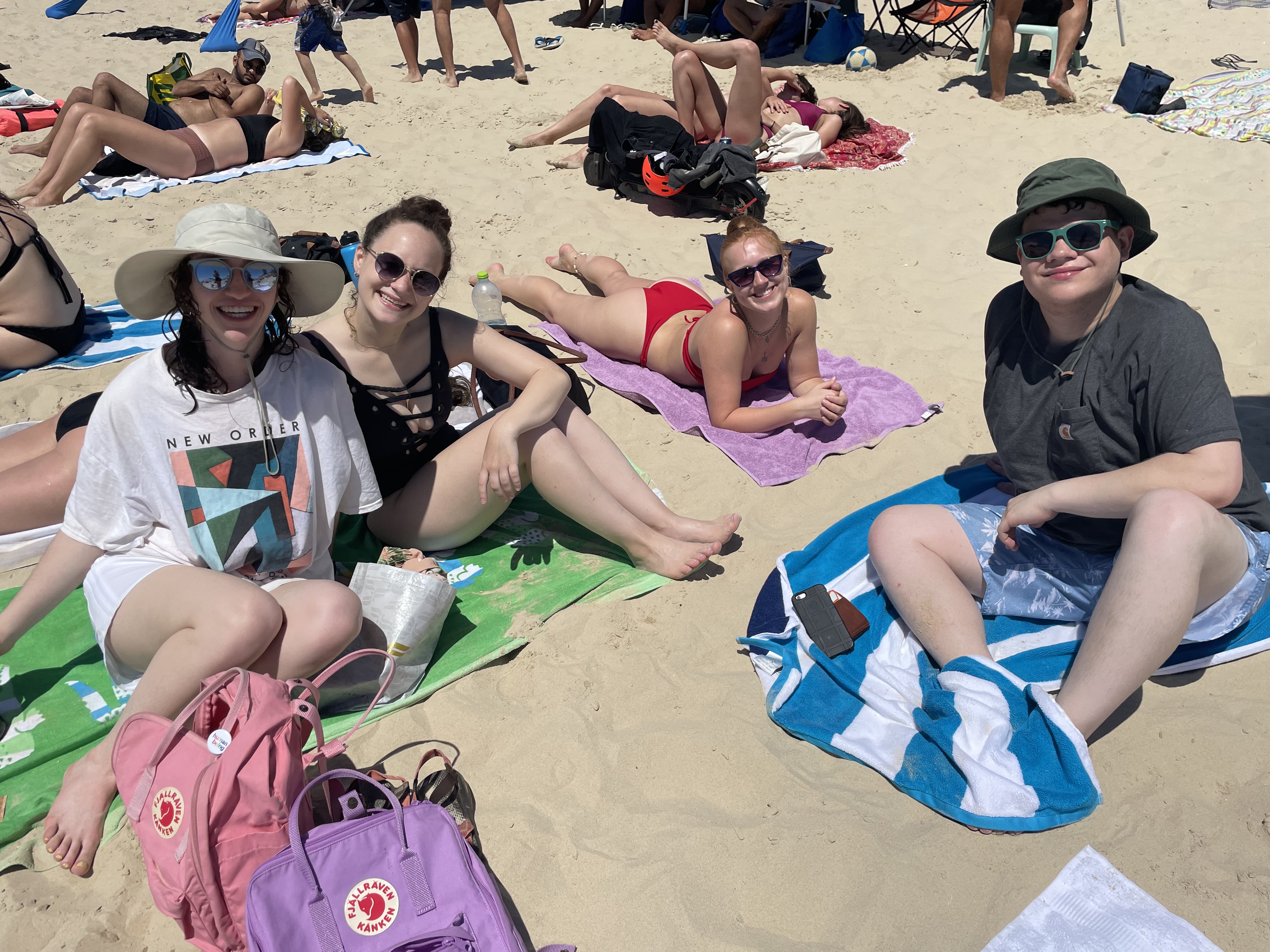 The biggest challenge of this week was that my peers and I had to adjust to the Israeli work week which means we commute to the office or find a café with half decent WIFI to work at starting from Sunday and going through Thursday. For all of my gentile friends out there following along, the reason for this change in the week is so Jewish people can practice Shabbat without being consumed by tedious work duties.

I am among the group of Onward participants that commutes to work and at first, nothing was more intimidating than figuring out a foreign bus schedule and trying not to fall asleep on my hour commute ending up in an entirely different part of the country. Thankfully, and I cross my fingers and knock on wood here, I haven’t had any bus horror stories, but others on my trip haven’t been so lucky. Some had to learn the hard way that to even get on the bus, you have to hail the driver similar to when calling for a taxi in a busy city. In some situations, the bus will arrive but close the sliding doors before you ever get a chance to hop on, leaving you a little pissed, a tad annoyed and late for work! Me and my commuter friends have seven more weeks to get things right. Wish us luck! 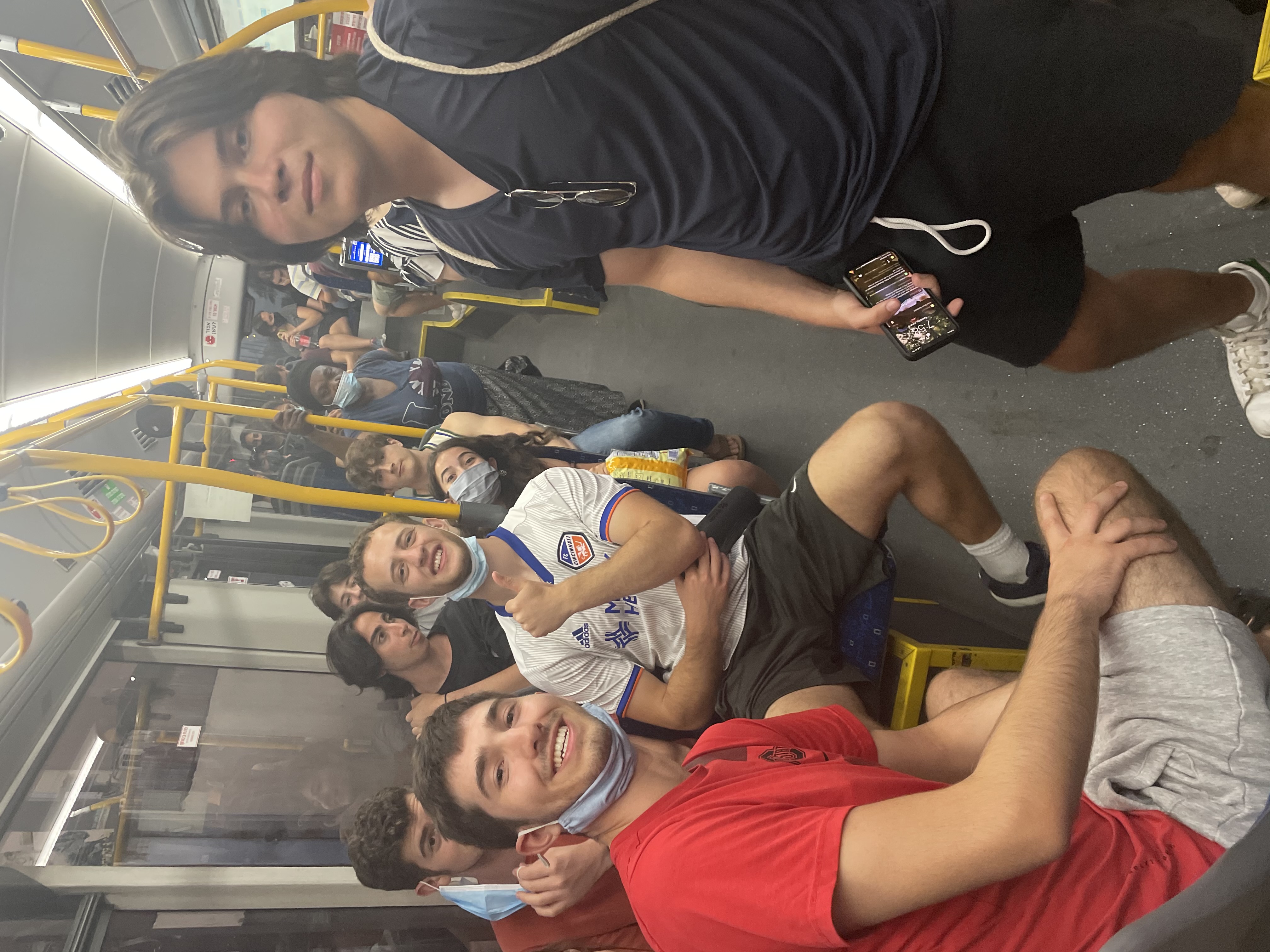 As fascinating as it has been exploring our new work lives, it’s been even more interesting living with 34 people under one roof. In the courtyard attached to the back of the hostel, we made a new cat friend which was given the name Dirt because even though he begs to be pet while weaving through our legs, it’s best to leave him be. Along with Dirt, we also have a rat friend that’s as big as a pigeon with a potbelly that sags on the floor collecting crumbs and cigarette butts left by passersbys. Hopefully Dirt is a good hunter, and this game of Cat and Rat will end with Dirt being praised as the champion and the rat as dead. A wise woman who just happens to me be my mom says that, “when there’s one rat, there’s likely more…” I’m afraid she may have a point.

In the coming weeks, I’ll be interviewing my peers asking them about their internship experiences, and I hope you plan on following along! As for me, I’ve kept busy working at RadGreen, a sustainable startup with a clean air initiative. For these next few months, I will be helping boost RadGreen’s marketing and sales while also working to improve their various media platforms. My goal during this internship is to create greater global awareness for RadGreen in the United States. My office resembles a stereotypical startup set that you would see in the movies complete with bean bag chairs, friendly dogs and beer on tap for those longer work nights. I’m excited for what’s to come, but I know that in the blink of an eye, it will all be over, and I’ll have to return to the place that I call home.

Signing off from a quaint Tel Aviv café,