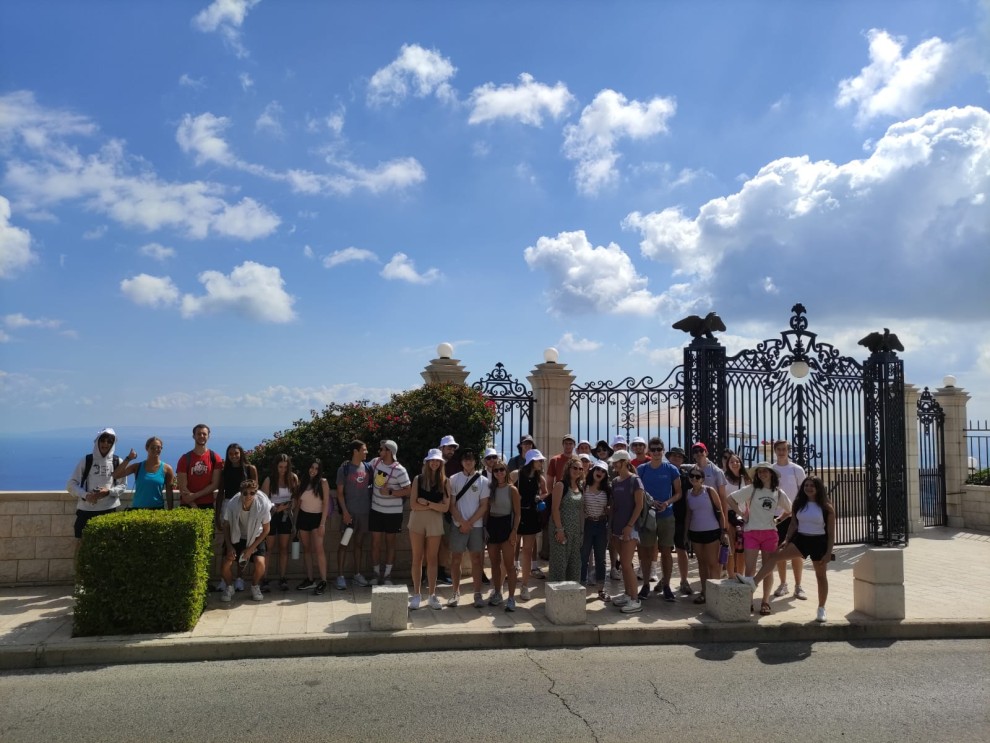 Getting dozens of sleepy-eyed adults up and out of the hostel at 7:45 a.m. to board a bus is never an easy task, nevertheless we arrived in the picturesque city of Haifa in no time!

Haifa resembles a cousin of the handsome Italian coast with the city built up and along the mountain side peering over the Mediterranean Sea. You may be surprised to learn that Haifa is considered by many to be a quintessential “melting pot” city. Sit in a local café, close your eyes for just a minute, and your senses will be awakened by the colorful languages filling the air such as Arabic, German, French, Russian and of course… Hebrew.

Chapter One: The Baha’i Gardens

We were welcomed into Haifa visiting what it may be most famous for, the Baha’i Gardens. The lush grounds span over an entire slope of the mountainside and are meticulously taken care of. Don’t be shocked if this magical landscape knocks the air out of you when you first lay eyes on it, comprehending how simply beautiful it is.

For the Baha’i followers, some five million people, this garden is the holiest spot in the world. It represents their Mecca, Vatican or Western WailingWall. Though we were not able to enter the gardens, we used this time to learn about the history of Haifa and the people who live within it. Once again, I was reminded how small Israel really is (about the size of New Jersey) because I looked to the left and my eyes spotted the Lebanon coast.

Chapter Two: Introduction to the Druze 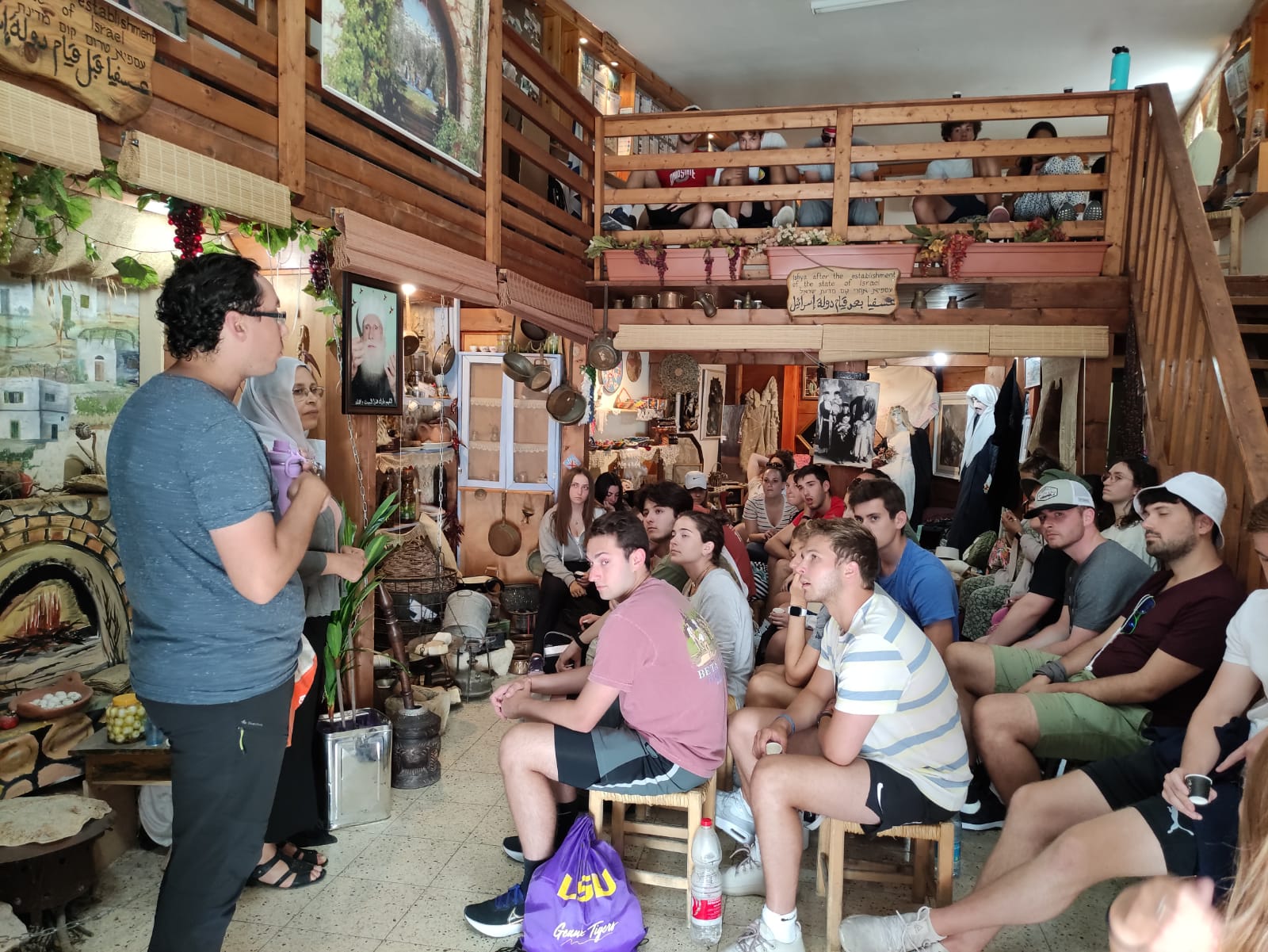 This may have been the most unique part of our excursion. Many Onward participants had visited the gardens before, but we agreed that we hadn’t learned much about the Druze people. Our group was crammed into a small educational center where we were met by a kind faced woman wearing a white head covering who must have been in her mid to late sixties. The Druze religion is a complicated one filled with various rules and rituals. Let me try my best to explain what I found to be the most interesting facts during our afternoon encounter.

Chapter Three: A Beach Beer on the Mediterranean Sea 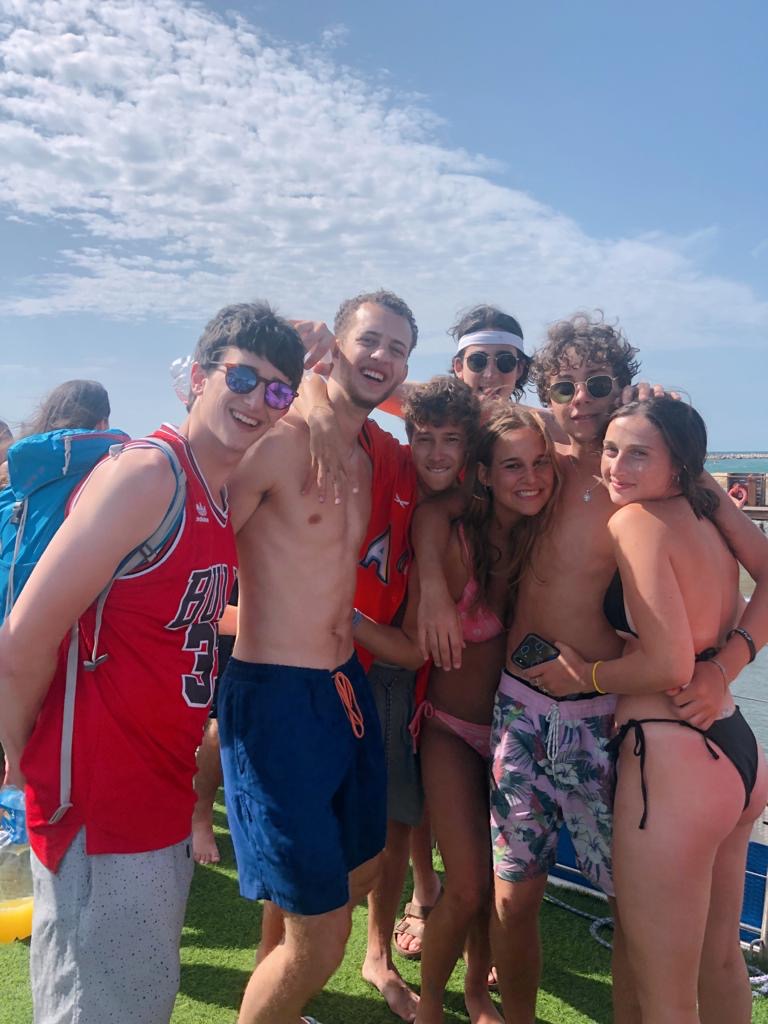