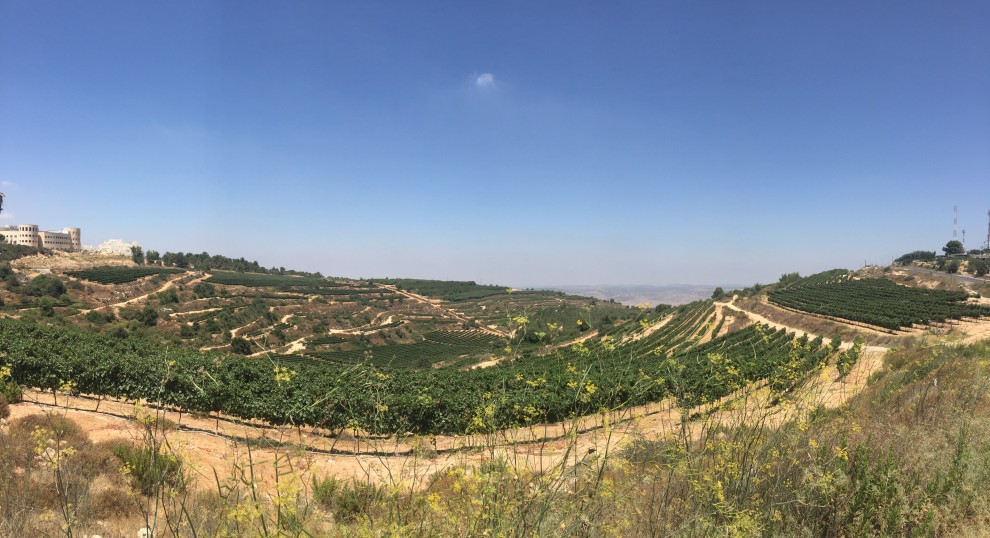 I looked out and there were rolling hills with wine vineyards as far as the eye could see. A refreshing mountain breeze made 90 degrees and sunny feel like a pleasant fall afternoon (I’m sure this sounds better than the 95 degree stormy weather in Cincinnati). Behind me were beautiful mansions, home to members of parliament and other successful people. Kids were bike riding in the streets, eating ice cream, and enjoying the summer day. Now, you might be thinking that I was standing in an Italian village in Tuscany, or in Napa Valley, California, but I am describing the Gush Etzion, a Jewish settlement in the West Bank. While there are military personnel throughout the communities of the West Bank, this may not be the image you have seen on TV or imagined when you think of this place. 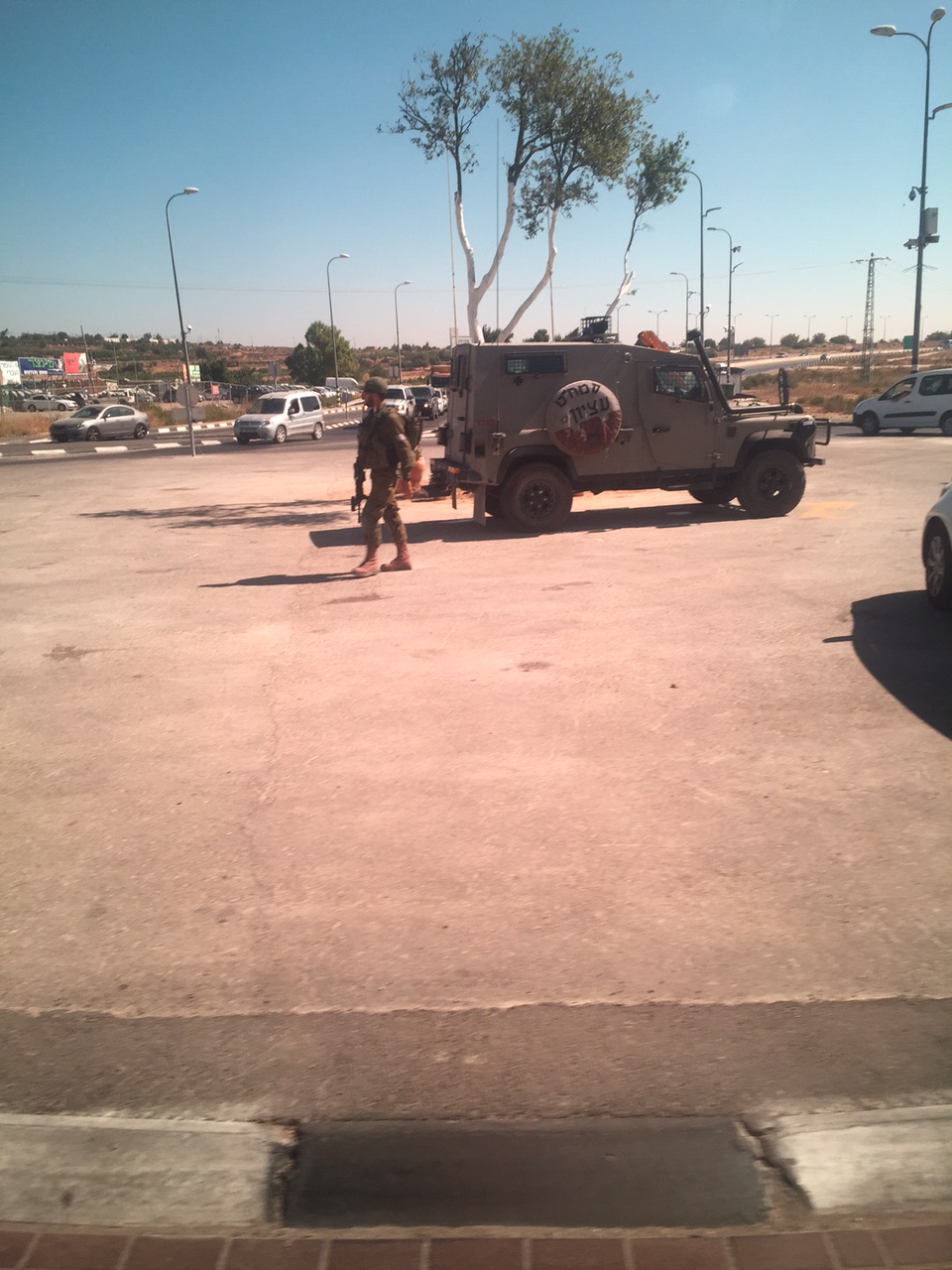 An intersection in Gush Etzion with an IDF soldier.

I’ll be the first to admit that I was a bit nervous when I first heard that we would be traveling to the border with Gaza as well as into the West Bank. While I was surely interested in discussing the politics of these two regions, I thought that there would not be much to gain from traveling to these destinations and that we could conduct conversations about these places from the comfort and safety of Tel Aviv. However, I was wrong. In order to even begin to try to understand the complexity of the Israeli-Palestinian conflict, you have to see it for yourself.

View from the Path of the Patriarchs.

We started the morning by hiking along the Path of the Patriarchs: a street which was said in the bible to host famous biblical figures such as Abraham, Sarah, and Isaac on their journey to the holy city of Jerusalem. From the path we saw where battles of the Maccabees were supposedly held, as well as ruins from the Roman Era. There are modern implications as well: War of Independence battles were fought on the path. 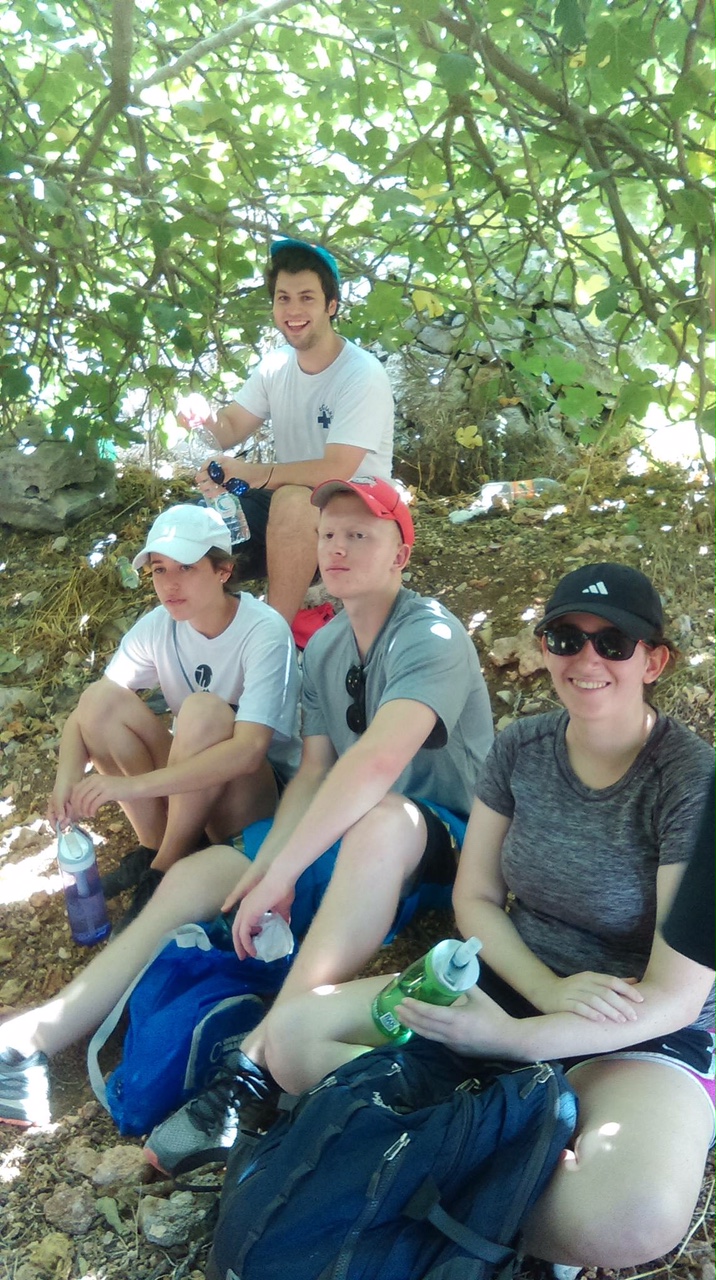 We stopped under a fig tree to discuss the historical significance of the region.

The Path of the Patriarchs, which is lined with Arab and Jewish settlements clustered together in a biblically and historically rich place, undoubtedly represents the innate complexity of the conflict in the West Bank. Israelis who favor the current occupation and possible annexation of the West Bank feel that it is their right to live there. More so, they fear that giving up the land would allow Hamas to take control and result in a situation similar to that of Gaza, where succession of the land did not create peace. On the other hand, many Israelis feel that disengagement from the land would move toward a peaceful two state solution, prevent violence between Arabs and Jews, and rid the country of the significant military expenditure needed to maintain occupation. While this is just a summary of the issue, I hope that you can begin to understand its complexity. 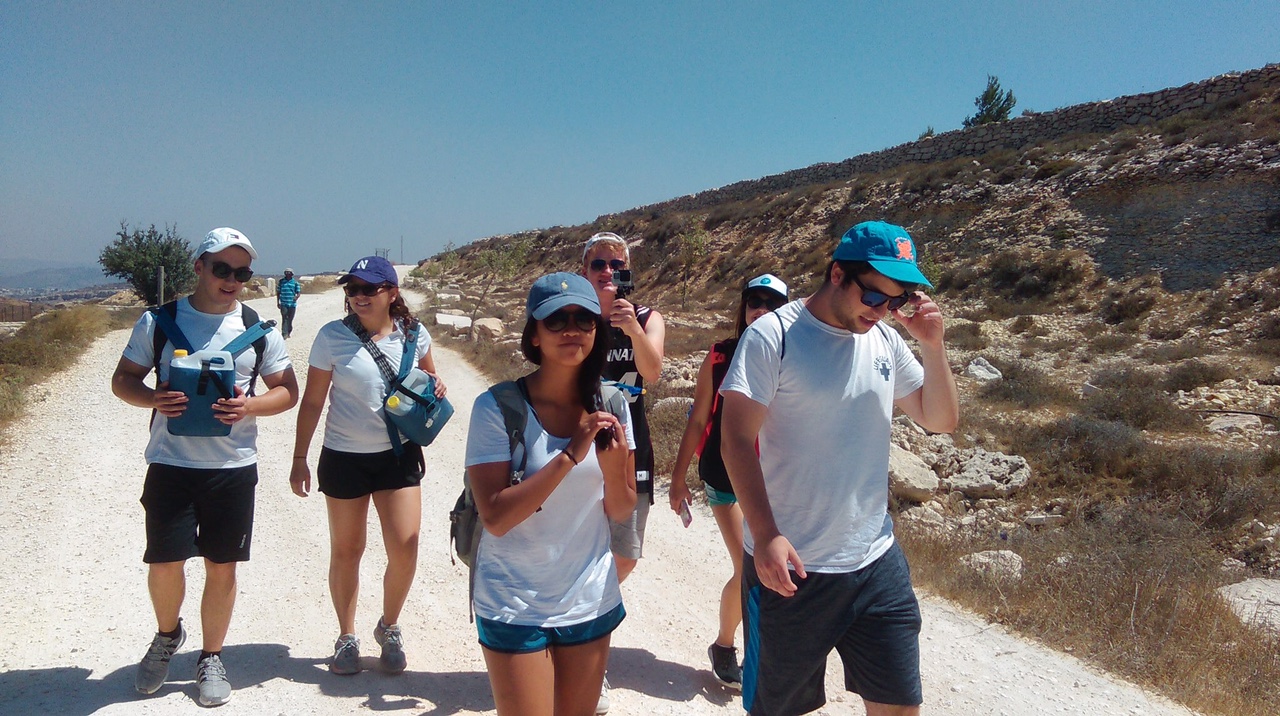 Some of the group walking on the path. 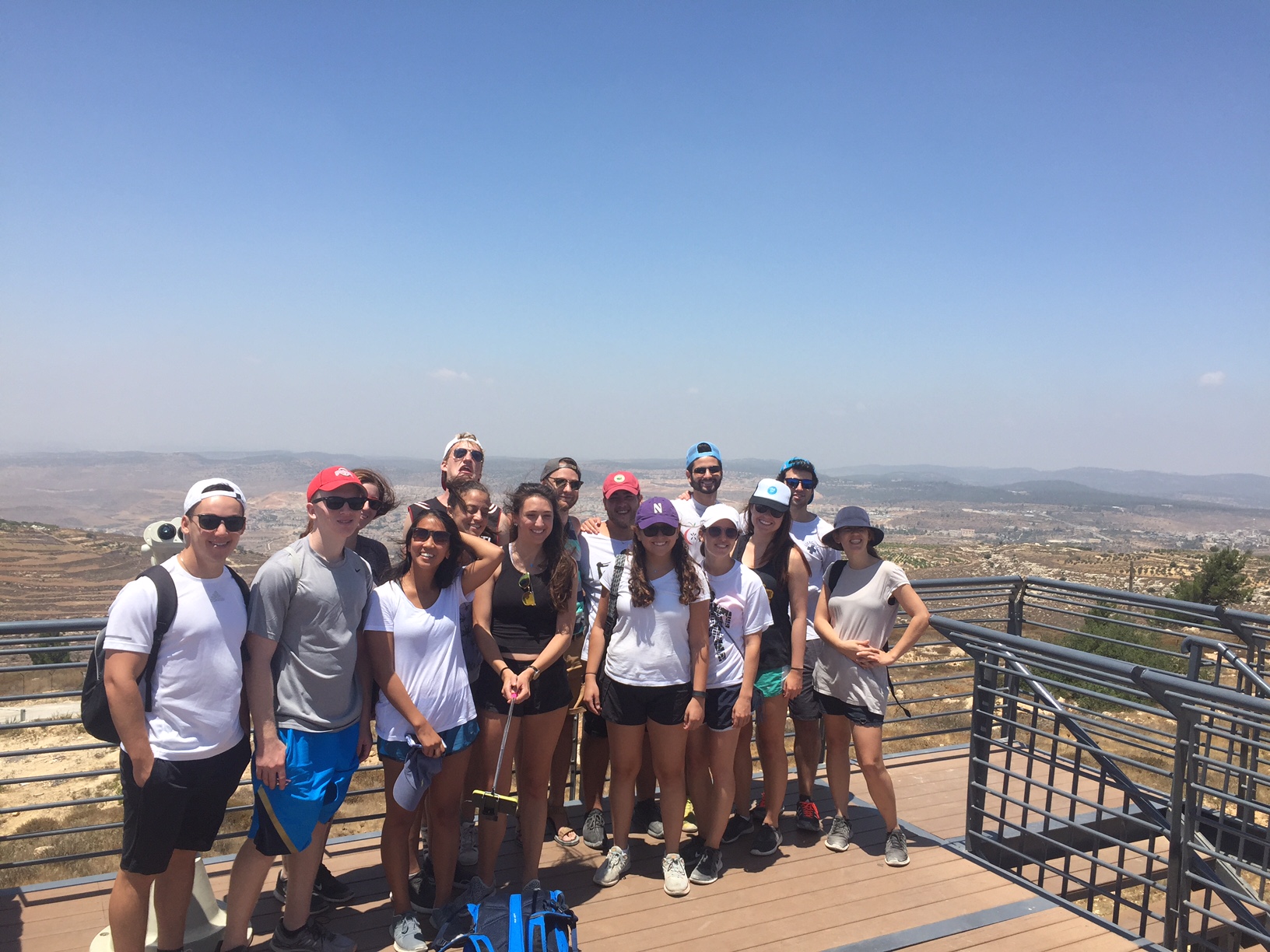 The group at one of the highest points in Israel, located in Gush Etzion.

After enjoying lunch, we heard from an Israeli Jew and former Hamas leader who are now working together towards peace in the West Bank through a movement called Land for Peace. They happily remember peaceful times between Muslims and Jews in the West Bank before the first intifada, or Palestinian uprising against the Israeli occupation, in 1987. They believe that this peace can once again be achieved. While I cannot share the details of this conversation through the internet, per request from the speakers, I encourage you to ask an Onward Israel participant about this experience in person, because I found it truly powerful.

It is hard to believe that we have less than two weeks left until we return home to Cincinnati. As many of us have premature separation anxiety, we are trying to return to some of our favorite places from the summer before we leave this wonderful city. Whether that be seeing the Tel Aviv light show, drinking 5 shekel Cofix coffees, visiting the city of Jaffa,  shopping at Shuk HaCaramel, or eating at Baba Bakery, Pasta Basta or Benedict’s 24/7 Breakfast, we all have something we will miss about Tel Aviv. In the week to come, we will be attending a political party discussion with Israelis, going to a  professional day to learn about how we can apply our experience to our future endeavors, saying goodbye to Dana, and some of us will visiting the Dead Sea and Masada. Look out for my final blog next week!