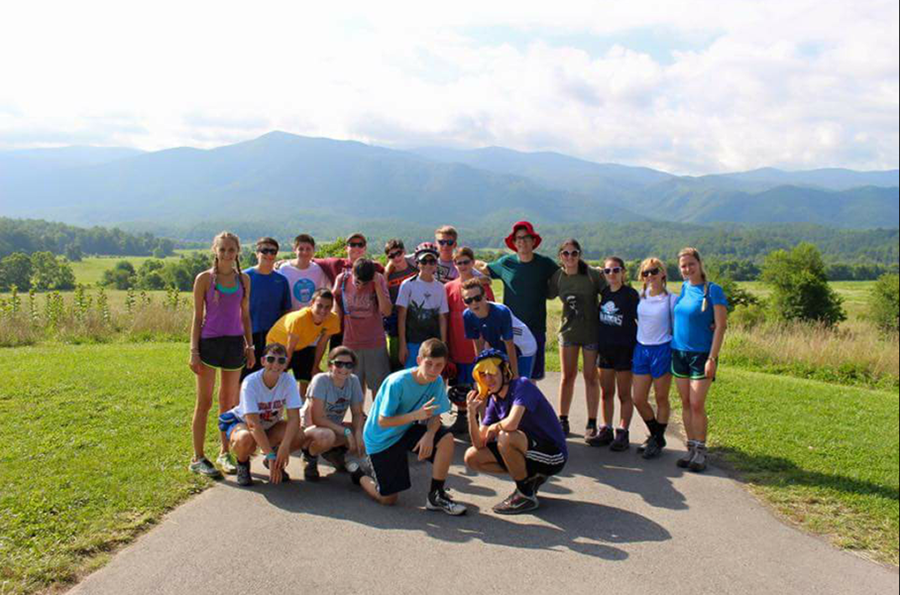 When Marlene Ostrow asked her 15 year-old-daughter, Rena Lenchitz, if she wanted to come along on this past summer’s 2016 Cincinnati Congregation and Community Israel Mission, she was expecting a resounding “yes!”

Instead, “She said no,” remembers Ostrow. But not because she didn’t want to go to Israel.

“It was quite the contrary,” Ostrow says. “Rena couldn’t wait to go to Israel, but she wanted her first experience in Israel to be with her friends from Camp Livingston.”

This summer will be Rena’s fifth at Camp Livingston, and the Indian Hill sophomore will participate in Livingston’s Gesher Israel Trip Leadership Experience, which consists of a summer-long trip to Israel.

“Neither my husband nor I had the opportunity to go to Israel as teenagers or young adults, so we look at this as a unique opportunity for her to experience Israel with her Jewish camp friends in an amazing format,” Ostrow says.

Looking back on her daughter’s five-year Jewish camping journey, Ostrow remembers the moment it all started— with her suggestion that Rena attend a “parlor” meeting about camp, hosted by another Camp Livingston family. 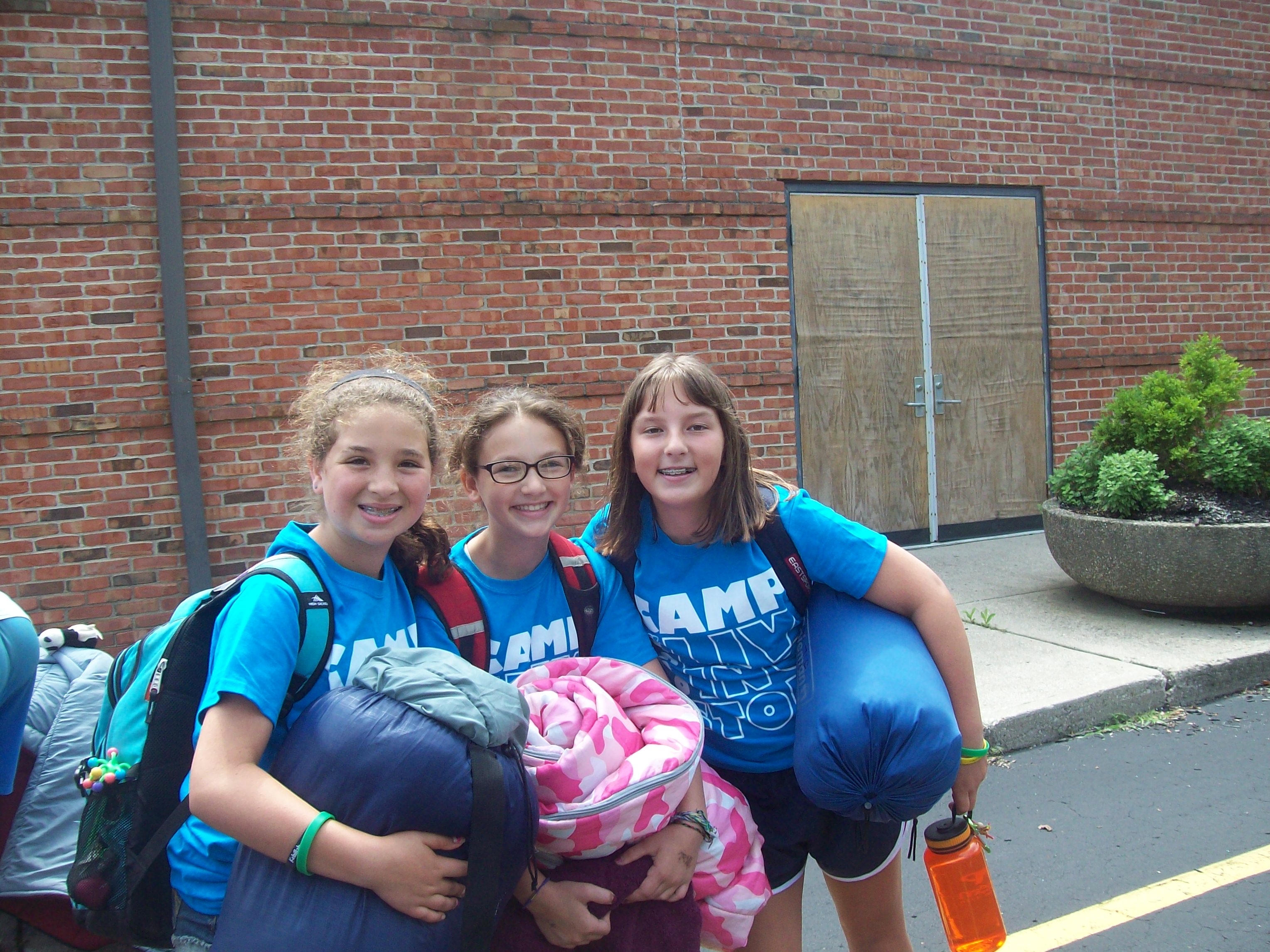 “I wanted her to have something that I didn’t have,” says Ostrow, who is very involved in the Jewish community as an adult, but didn’t attend overnight Jewish camp as a child.

“She was in Hebrew school at Adath Israel, getting ready for her bat mitzvah. It dawned on me that she had lots of close friends there,” Ostrow says. “Plus, Rena is a friend seeker and a friend keeper. The sisterhood of Jewish camp appealed to her.”

After Rena had the chance to talk with counselors and campers at the parlor event, the deal was sealed.

“She had a wonderful experience, and she returned the next year. She’s signed up early bird every year ever since.” Ostrow says. “Camp Livingston is her favorite time of year. Ever since she went to that parlor meeting and got on the bus, it’s all been about Camp Livingston.” 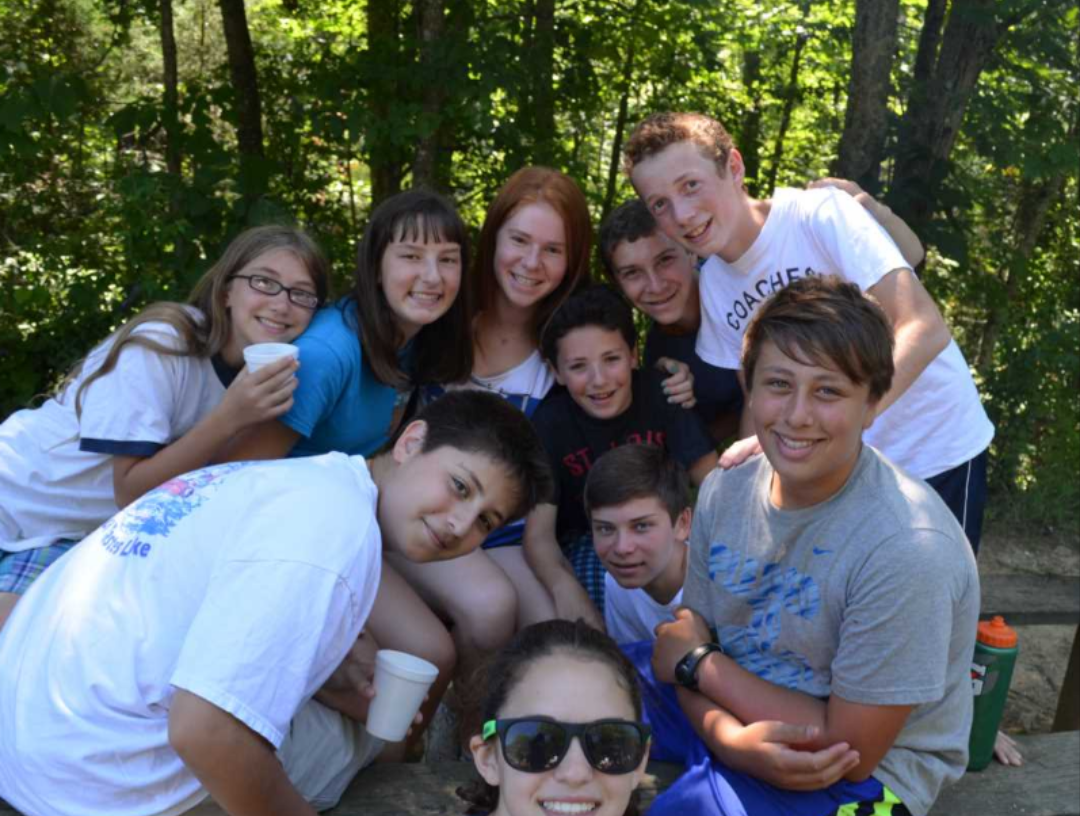 Rena Lenchitz and her fellow campers at Camp Livingston during the summer of 2015. 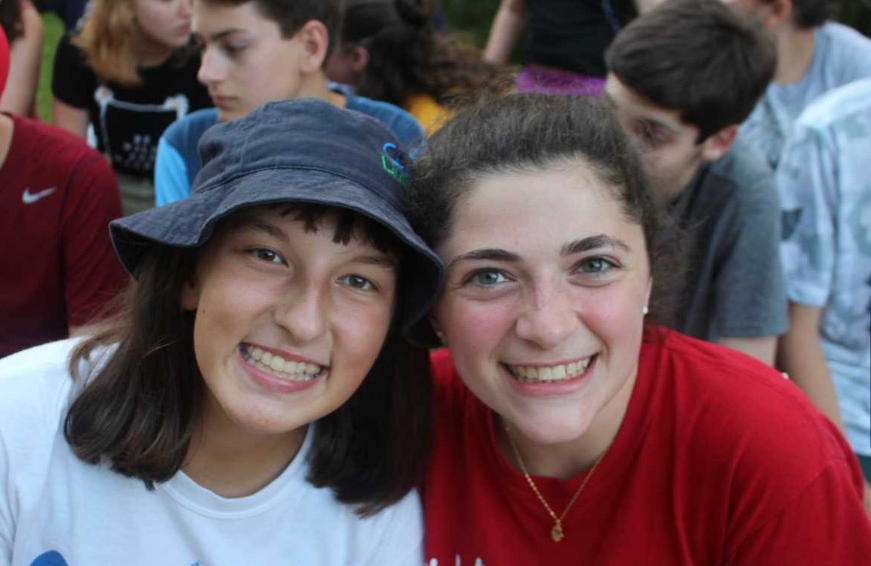 Rena Lenchitz (left) and her friend from Columbus, Mindy Agranoff, at Camp Livingston during the summer of 2016.

“The first two summers at Camp Livingston, she attended primarily with local friends from Cincinnati during the first session. On her second summer, she encouraged a friend who used to live in Cincinnati and now lives in Baltimore to come,” Ostrow says. “The past two years, she attended the second session and met all new people.”

“She just attended her first regional conference which involves an even wider circle of Jewish friends,” Ostrow says.

“During the summer of 2014, I was a little concerned that her bat mitzvah was scheduled for August and she was going to be coming home from camp in July,” Ostrow remembers. “But Rena was able to prepare for her bat mitzvah over the phone. Camp encourages that!”

Apart from bat mitzvah preparations, Ostrow says her daughter is more confident in herself and far more fluent in her own Jewish tradition.

“She has developed a greater appreciation of Jewish culture, including music and dancing,” Ostrow says. “She’s grown as a young Jewish woman, beyond her bat mitzvah and beyond the context of her synagogue.”

Ostrow says she and her husband were impressed when they realized that grants were available through Cincy Journeys to help offset the cost for overnight Jewish camp.

“It caused my husband and I to stop and think about the purpose of the grants. Seeing what camp has done for our daughter, we realized if you don’t have young Jewish adults together spending time together, then they could very well move away from Jewish community,” Ostrow says. “Neither my husband nor I ever envisioned thirty years ago when we moved to Cincinnati as a young couple that these opportunities would exist for our young children. We are very grateful.”

That sense of gratitude goes for their daughter too, who is already counting down the days until her trip to Israel this summer.

“It’s more than a hundred days away,” Ostrow laughs, “but she’s counting! We’re excited that she’s excited. And now she’s going to have Livingston friends, BBYO friends, and synagogue friends joining her on her trip to the Holy Land.”