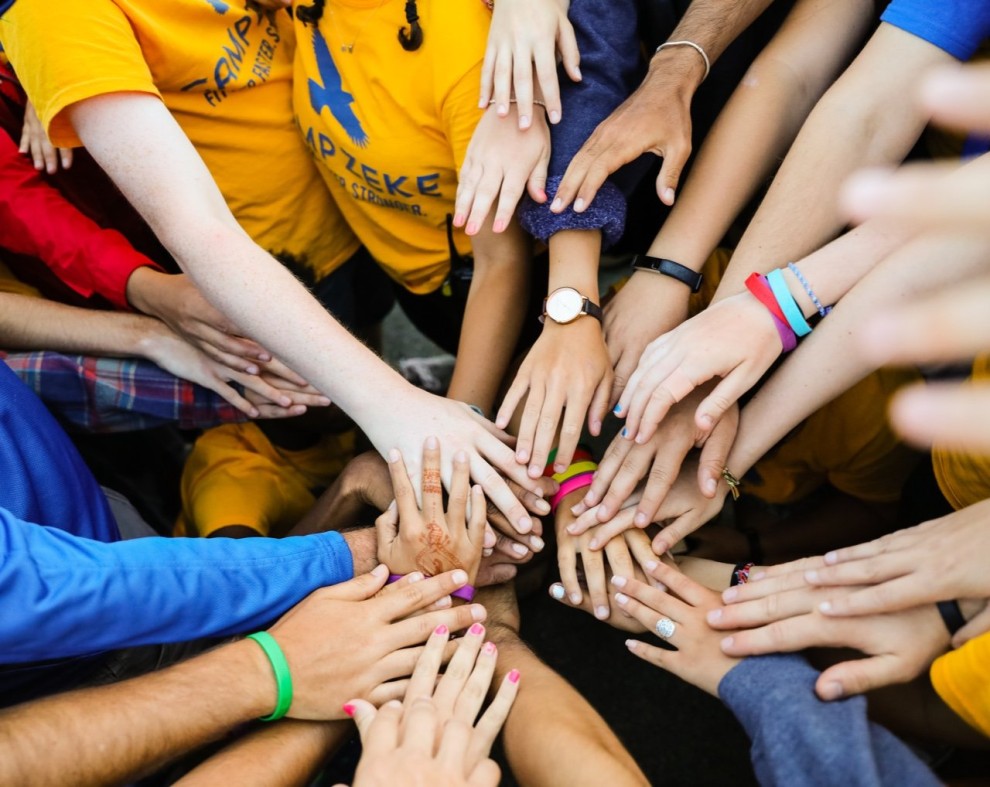 "It was kind of a last-minute decision to send Coby to camp," recalled Stacey Edelstein. "But everyone was very flexible. Both Cincy Journeys and Camp Zeke worked hard to accommodate our needs."

Stacey hadn't sent Coby to camp for the last four years, "he just didn't like it all that much. He was 11 the last time he went to camp, and we thought, now that he’s 15, we should try it again.”

When asked about what kind of camp experience she wanted for Coby, Stacey said it was important that Coby’s Orthodox values were honored, but she wanted him to be exposed to other forms of Judaism. Camp Zeke fit that bill, "It was a non-denominational Jewish camp,” Stacey said. “It’s also a ‘no-device’ camp, so the kids are kind of forced to interact with each other and learn about each other.”

When Stacey and her family moved to Cincinnati four years ago, some friends told her about the Cincy Journeys program, which enables hundreds of Jewish Cincinnati children, teens, and young adults to attend overnight Jewish camp or travel to Israel. "It's crazy to think that I can get $2,800 to send Coby to camp, and all I had to do was apply," Stacey said. The grants are funded by The Jewish Foundation of Cincinnati and administered by the Jewish Federation of Cincinnati.

"They were really easy to work with," she said about the camp. "Coby was a last-minute sign-up, but they made room for him, and they were great when it came to accepting the grant payment from Cincy Journeys."

Camp Zeke offers the standard summer camp options — canoeing, arts and crafts, meeting friends, and exploring and enjoying the great outdoors. But it also offers campers something a little outside the box: culinary arts.

One of the camp's signatures is its food. All of the food is delivered fresh daily from local farmers, and meals are prepared from scratch and served buffet-style. Campers can also choose to take part in the culinary arts program where they can learn about food safety, cooking and baking, and nutrition.

If that wasn’t enough to convince you Camp Zeke takes its food seriously, the camp has a kosher kitchen, a non-kosher kitchen, a gluten-free kitchen, and a separate allergy kitchen. The camp is also nut and sesame-free. This range of options helps ensure that no matter any religious or allergy-related food restrictions, every camper can have healthy and nutritious food.

Camp Zeke is in its sixth year, and according to founders Lisa and Isaac, "we wanted to open a camp that reflected our own values. Our family cooks healthy food together, we enjoy being active and staying fit, and we love the Jewish community. We knew so many other families that shared these values, and we wanted to create a camp for all of us."

And for Coby, Camp Zeke offered something he couldn't find at any other camp – proximity to family. Coby’s sister was spending the summer working at neighboring Camp MAOR – which is another camp to which Cincy Journeys has granted scholarships – and Stacey was able to work with the owners of both camps to allow Coby to attend prayer services with his sister.

After spending three weeks at Camp Zeke, Stacey said Coby came home with new friends and a new perspective, “he had the opportunity to interact with all types of kids in an environment where everyone's religious identity is respected."

When asked what she would say to someone looking into a Cincy Journeys grant, Stacey said, "take advantage of this program. We are lucky to have it."