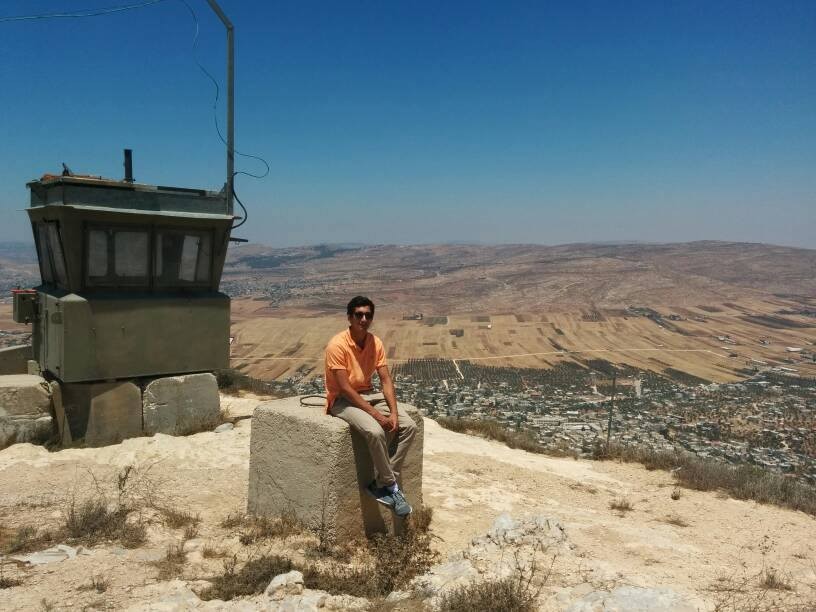 Ricky Mulvey is a sophomore at Ohio State majoring in finance and minoring in Arabic. Last summer, he interned for Newshound, an international news agency, as part of the Onward Israel internship program.

“No, no, no” I explained. “I’m not yelling at him, I am just having a conversation.”

I had to go through this motion a few times when I returned to America.

If you’ve been to Israel, you know conversations work differently there. Shouting at someone in a conversation is normal. Most times, it is completely friendly. It took me a few weeks to remember this phenomenon does not carry over to the United States.

Israel affected me in a number of ways. Of course, there were the grand realizations that naturally happen any time you spend a few months in the Holy Land, but there are more subtle changes too. I’ve been back at Ohio State for a few months now and many of the stories I am telling my friends are my experiences in Israel. It is difficult to match four months in Ohio with two months of paragliding, news-producing, beach-bumming, and traveling.

The largest effect Israel has had on me is that I miss the place. It feels like an old (very old) friend, waiting for me to come back. I miss going around a neighborhood and knowing every street has a story, every building has a history. I miss seeing a shawarma stand on every corner. I miss listening to everyone’s strong opinions about everything.

Israel helped me be myself. It’s a place that forces you to be both outgoing and introspective at the same time. I better know who I am as a Jew. The trip did not convince me to make aliyah, but I considered the possibility. That would not have happened if I stayed in Cincinnati.

I interned at a company called Newshound. Our main responsibility was creating video news packages for clients like Russia Today and Channel News Asia. So while my parents never saw my handiwork, there is a real possibility that Vladimir Putin did. I was a news producer. A real one. I set up an interview with a family whose son is currently being held hostage by Hamas in Gaza. I met the Jewish settlers in the West Bank (or Judea and Samaria, if you prefer). I conducted an interview with one of the most influential people in the Israeli economy. It was an experience that is impossible to replicate in America.

This internship not only gave me fantastic work experience—it changed my perspective. When I hear people discussing the media’s operations in the Middle East, I can throw in my two shekels because I was a part of it. Before the trip, I had no idea what Gush Katif was, or even a remote idea about how the PLO operated, and while I am still ignorant on many issues, I can defend Israel better. I could not make that claim when I went previously on a teen tour. That trip was great and I met some of my best friends on it, but I was there as a tourist. I did not grow on that trip like I did as a result of my Onward Israel experience.

Now, there is no consideration “if” I will be back in Israel, but only a question of “when.” Hopefully, the time comes soon, maybe next year in Jerusalem.